You are here: Home / Healthy Aging / Fighting Ageism May Lower Risk for Dementia

Individuals who avoid becoming swept away by the phenomenon known as ageism might stand a better chance of avoiding the perils of dementia. 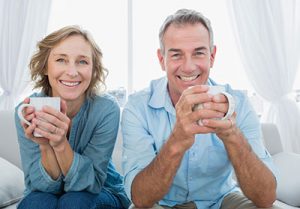 Ageism in its simplest form is a bias toward older individuals only because they have reached a certain age. Some social scientists opine this phenomenon has precipitated a prevailing attitude among younger people who view older individuals as second-class citizens. In such instances, elderly people might be overlooked for jobs they are qualified to perform, may have their opinions dismissed or not taken seriously and can sometimes be portrayed as a burden on society in general. Moreover, the media and industries like advertising and marketing in particular can portray aging as a disease.

What is more disturbing is that ageism is widely accepted in certain societal sectors. In addition, the problem is expected to worsen because there is little public outcry against the practice, and only a small percentage of people attempt to countermand it.

Being subjected to various negative stereotypes and becoming marginalized by many facets of his or her community can adversely impact an aging individual’s health and well-being. The feeling of being unwanted or burdensome can have a significantly negative effect on his or her mental health. Psychological maladies such as anxiety and depression are common issues faced by those who have been touched by the discriminatory aspects of ageism. Should such mental issues progress, the impacted individual could become completely withdrawn and neglect his or her diet, which could eventually lead to a complete physical decline. Mental and physical deterioration could also exacerbate any existing medical conditions or precipitate new health problems. Among the most serious issues an elderly person can be stricken with are progressive mental diseases.

There are many different types of this mental disorder, but the most well-known form is called Alzheimer’s Disease. Dementia has a variety of causes including age, a genetic predisposition, a history of traumatic brain injury, cardiovascular disease, heavy smoking over a period of years and alcoholism. Regardless of the precipitating factor or type of disorder, all such diseases elicit symptoms like memory loss, a decline in cognitive functions, communication difficulties (including speech impediments), concentration problems and sense disturbances. Typically, these illnesses are progressive in nature and have no cure. However, in certain cases, the disease process may be slowed down through the use of certain medications and medical procedures.

How Are Progressive Mental Disorders and Ageism Connected? 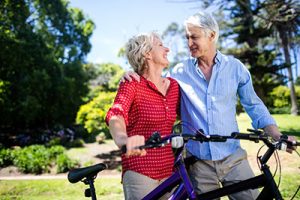 A recent scientific study has concluded that a person’s attitude toward age combined with a willingness to stand up to ageism may reduce his or her chances of developing cognitive mental disorders such as Alzheimer’s Disease.

A team of researchers representing the Yale University School of Public Health studied more than 4,700 healthy people aged 60 and older. More than one-quarter of these test subjects also possessed a gene believed to lead to the development of Alzheimer’s Disease.

When the exam began, researchers tested each subject’s cognitive skills and gauged his or her attitudes about age. These individuals were then monitored over a duration of four years. Two years into the study and upon its conclusion, the examiners again measured the cognitive capabilities of the examinees. The study concluded that those possessing the defective gene who expressed good attitudes regarding age were almost half as likely to be afflicted with a progressive cognitive mental disorder when compared to individuals who espoused negative views.

Considering that the aging population is expected to double by 2030, researchers opine that these findings should serve as a catalyst for the United States and nations throughout the world to champion and eventually initiate stronger anti-ageism policies. 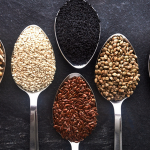 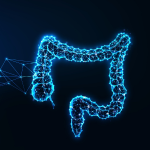 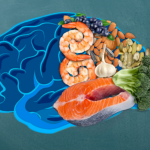