You are here: Home / Healthy Aging / The Importance of Diabetes Management and Prevention as You Age 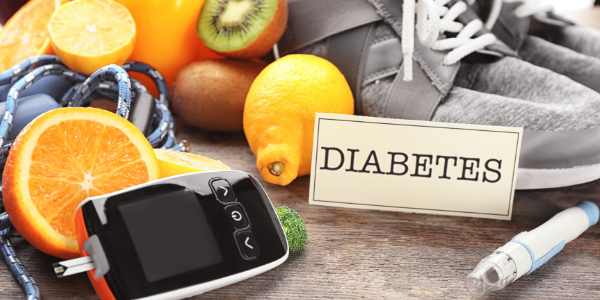 The risk of Type 2 diabetes rises sharply with age. However, with effective diabetes-management techniques, it’s possible to avoid this condition.

Diabetes typically begins with a condition called prediabetes. This is the stage where diabetes management can help the most. Prediabetes means that there are disturbances in the body’s metabolism of glucose, but blood sugar levels aren’t yet high enough for a clinical diabetes diagnosis. Glucose from the blood enters into cells with the help of a pancreatic hormone called insulin. In both diabetes and prediabetes, there may be a phenomenon known as insulin resistance. This means that the pancreas may be producing sufficient insulin, but the body’s cells have become resistant to its effects. The blood glucose can’t get into the cells, so the cells can’t function correctly. As a result, blood glucose levels rise. About one in three American adults has prediabetes. Risk rises sharply after the age of 45. This condition typically produces no symptoms. In fact, over 80 percent of those with it don’t even know it. Other risk factors include the following: 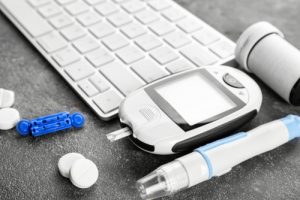 The good news is that diabetes can be managed with diet, exercise, the use of glucose monitors and medication. In the case of prediabetes, it’s possible to prevent its progression to Type 2 diabetes with changes in diet and exercise alone. If you’re overweight, even by just ten to fifteen pounds, losing that excess weight will improve your chances of avoiding full-blown diabetes. Avoid foods with a high glycemic index as part of your diabetes management plan.

The glycemic index is a measurement of how much a particular food will affect blood sugar levels. Some of these foods, such as candy or cake, aren’t surprising. However, others may be surprising: rice, pasta and white bread fall into that category, too. Even though these foods aren’t sweet, they break down into the simple sugars composing them in the process of digestion. The best diet to prevent or improve diabetes includes foods in their natural state, such as whole grains and wild rice. These foods are rich in fiber. Lower-sugar fruits, such as berries, and most vegetables are excellent. Lean protein and healthy fats are key, too. Avoid hidden sugar by reading labels and eliminating processed foods.

Just because a food is from a natural source doesn’t mean it won’t have a high glycemic index. Maple syrup, honey and agave syrup all contain simple sugars that raise blood glucose. A sudden rise in blood sugar is called a spike. It’s best to avoid foods that tend to cause a spike. You can look at the glycemic index table of common foods in Harvard Medical School’s article on the topic.

In recent studies, cinnamon has been linked to reduced blood glucose levels and a protective effect against diabetes, especially for those with prediabetes. One to four grams daily of cassia cinnamon, the kind most commonly found in supermarkets, has been shown to lower blood glucose levels. A gram of cinnamon is approximately one-quarter teaspoonful. It’s easy to sprinkle that over oatmeal or cold cereal. Add it to a cup of coffee or tea. A highly versatile spice, it can be added to salads, soups and bean and meat dishes. It has a naturally sweet taste that can help replace sugar in some dishes. Cassia cinnamon does have a rather high coumarin content, which can affect blood clotting, so be sure to discuss any kind of spice or herb with your physician before use.