You are here: Home / Menopause / Foods That Can Accelerate Menopause Onset 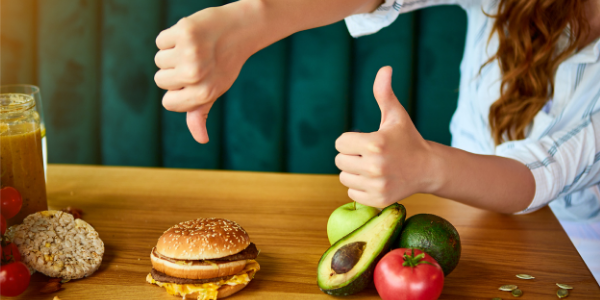 Diet is a powerful force in overall health and well-being, having an impact on a wide range of bodily processes and functions. Menopause seems to be yet another physical process that diet can influence, according to a study done by the University of Leeds in the United Kingdom. A diet high in refined carbohydrates was associated with a significantly earlier onset of menopause. Researchers connected that to the impact of such high-glycemic foods on hormone production and function, including those of insulin and estrogen.

The study utilized the dietary data and reproductive health history from just over 900 women and a follow-up four years later. These women, selected from a much larger group of participants with a wider age range, were between the ages of 40 and 65 and had gone through a natural menopause. That means their cessation of menstruation was not due to disease, surgery or other unnatural cause. The results revealed that women with healthier eating habits tended to experience a later menopause. 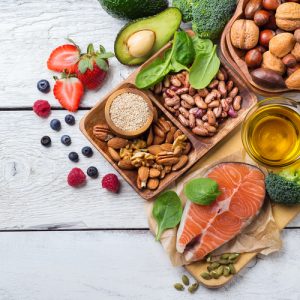 Eating a diet that contained more legumes and oily fish was associated with a menopause that was later by about three years than those that didn’t eat as well. Meat eaters tended to have a later onset than vegetarian women. Higher levels of dietary zinc and vitamin B6 were also associated with a later natural menopause. Women who ate a lot of white rice and pasta, foods that rank high on the glycemic scale, were more likely to experience the onset of menopause about 1.5 years earlier than the average.

Refined Carbohydrates and Age of Menopause

Refined carbohydrates typically have a high glycemic ranking because they digest quickly and push blood sugar and insulin levels upwards faster than healthier carbs do. The researchers involved in the study, authored by School of Food Science and Nutrition at the University of Leeds researcher Yashvee Dunneram, theorizes that the refined carbohydrate and earlier menopause onset connection relates to insulin.

As explained by Dunneram, a diet heavy in refined carbs is associated with insulin resistance, which may cause a number of chronic health conditions and diseases, including diabetes, obesity and heart disease. The increased insulin production that can result from insulin resistance may disrupt the balance of sex hormones, increasing estrogen, and interfere with the actions of other sex hormones. In turn, that can increase the number of menstrual cycles, using up more of the finite number of eggs each woman is born with, yielding an earlier menopause onset.

Choosing brown rice, whole-wheat pasta and other whole-grain products over the more refined versions can add more nutrition and fiber to your diet. Refined carbohydrates are typical of factory-made baked goods, such as cookies, cakes and white bread. Highly processed foods with corn syrup and heavily processed sugars are best avoided. Increase your intake of fresh produce, legumes and oily fish for better nutrition and overall health, including reproductive health.

A Look at the Perimenopause Diet
The Menopause Checklist: Self-Testing to Know Where You're At