You are here: Home / Healthy Aging / Key Hormones to Balance for Anti-Aging Benefits

Maintaining a proper balance of specific hormones might slow the aging process. Here’s a look at the natural and biological causes of hormonal imbalances; several well-known yet crucial hormones that, if left imbalanced, could accelerate the aging process; as well as several natural methods individuals can employ to establish hormonal harmony and potentially slow down the physical manifestations of age progression.

Age, arguably, is among the most significant contributors to hormonal imbalances. As both men and women grow older, many of their hormone-producing glands and organs experience fluctuations in the production of these vital systemic chemicals.

In women reaching their late 40s or early 50s, hormonal disturbances are often precipitated by a naturally occurring event known as menopause. Menopause happens when the ovaries and other reproductive organs cease production of substances such as estrogen and progesterone. Certain men experience a condition called andropause, which is defined as a rapid decrease in the amount of testosterone their bodies create. Like menopause, andropause is often precipitated by age. However, the condition could be precipitated by a host of health issues. 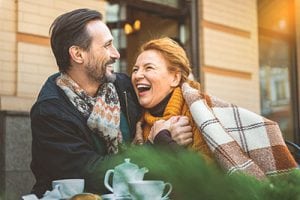 In addition to age and naturally occurring conditions like menopause and andropause, hormonal irregularities could also be caused by various medical problems. Endocrine disorders, and diseases of the hormone-producing organs and glands such as the thyroid, pancreas, pituitary, ovaries, testicles and adrenal glands are often the culprits for systemic chemical anomalies. That said, serious illnesses like cancer and lifestyle choices such as smoking, diet, level of physical activity and weight can also play a role in eliciting hormonal fluctuations.

Hormones that Most Impact the Aging Process

Several sexual and metabolic body-stimulating chemicals can influence the rate at which a person ages, including:

Both increased and decreased systemic concentrations of estrogen can significantly impact the appearance of a woman’s skin, resulting in wrinkles and stretch marks. In addition, diminished quantities of this substance can precipitate bone weakness, weight gain and the loss of muscle mass.

This chemical is vital to the maturity of a child’s body into adult form. Though the body still produces and secretes lesser levels of this substance after adolescence, a notable systemic decrease could lead to muscle wasting and fat accumulation.

This chemical is referred to as the “stress hormone,” because the body releases increased amounts of the substance to help one react to dangerous or stressful situations. Unfortunately, people who are exposed to chronically high levels of stress experience continual, increased infusions of cortisol. Constant stress has been known to precipitate bodily inflammation, which can result in numerous diseases and greatly stimulate the aging process.

Diminished concentrations of testosterone have been known to cause weight gain, baldness, skin problems and the loss of muscle mass in men.

This chemical, scientifically referred to as dehydroepiandrosterone, is thought to stimulate muscle and bone growth, as well as improve cognitive functions. Moreover, the body can convert DHEA into other hormonal substances such as testosterone and estrogen.

Imbalances of this substance could cause women to experience fatigue, weakness and a general feeling of malaise.

Abnormal concentrations of this chemical interferes with the body’s ability to metabolize certain nutrients, which often elicits the accumulation of body fat.

Eating too many processed foods or those containing excessive levels of potentially harmful substances, such as unhealthy fat, sugar and salt, is notorious for altering hormonal concentrations. Physicians and nutritionists opine that chemical harmony might be achieved through the intake of products like fruits and vegetables and those rife with ingredients, including high levels of protein, healthy fats and essential oils.

Too much tension is a known contributor to upsetting hormonal balances.

Pay Attention to Medications and Other Drugs

Consumption of alcohol and the use of specific prescription drugs could impact hormonal systemic concentrations.

Weight Training: A Possible Option for Remaining Youthful
Thinking of Buying a Facial Massager? Here's Why You Absolutely Should