You are here: Home / Menopause / The Health Benefits of Laser Therapy After Menopause

When going through menopause, many women report suffering from a variety of unpleasant symptoms, from vaginal dryness and pain during intercourse to urinary incontinence and vaginal atrophy. Undergoing treatment, such as laser therapy, can alleviate these symptoms and relieve discomfort, allowing women to feel rejuvenated and back to their former selves. 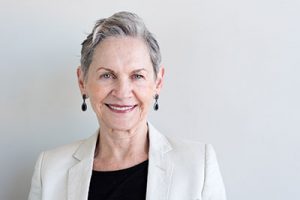 Atrophic vaginitis, more commonly referred to as “vaginal atrophy,” is common during menopause. It occurs when the lining of the vaginal walls thins, dries or inflames due to a decreased amount of the hormone estrogen, which is normal during menopause and in the years leading up to it (perimenopause). There are many symptoms of vaginal atrophy that range from causing mild discomfort to making a significant impact on a woman’s life. In addition to vaginal dryness, a change in discharge and general vaginal discomfort, symptoms may include genital itching or burning, vaginal bleeding or discomfort during sexual intercourse and decreased lubrication during intercourse. For some women, this discomfort is so great that they cannot have intercourse at all. Menopausal women may also experience a shortening and tightening of the vaginal canal. There is also a strong connection between vaginal atrophy and urinary symptoms, such as experiencing a burning sensation during urination, urgency with urination and an increase in urinary-tract infections (UTIs). Any of these symptoms make a woman a candidate for rejuvenating laser therapy.

What is Laser Therapy?

While lubricants and medications may be prescribed to treat the unpleasant symptoms associated with menopause, a new laser technology has emerged that offers lasting results. This laser treatment works by sending energy to the affected vaginal tissues, sparking the production of collagen, a crucial element for healthy tissue function. The treatment does not require anesthesia and is virtually painless as there are fewer pain receptors inside the vagina than on the skin.

The treatment begins with a physician’s inserting a wand into the vagina. A small pin pricks the surface of the vaginal walls, creating small holes and causing minor injuries to the tissue. Though it may sound daunting, this process triggers the body to begin the process of creating new collagen and increase blood flow. As such, the treatment prompts the body to initiate a natural healing process which will thicken and strengthen the vaginal walls while increasing the elasticity of the tissue. This strengthening has a two-fold effect as it also props up both the bladder and the urethra, addressing the urinary as well as the vaginal issues. The treatment procedure is quick and easy, lasting approximately five minutes. However, it is not a one-stop shop: patients are recommended to undergo the treatment at least three times, spaced six weeks apart.

How Can Laser Treatment Help After Menopause?

With no numbing, pain, or documented side effects, this treatment is a great option for menopausal women suffering from vaginal atrophy. Some patients who have undergone the treatment report improvement after a single treatment. Unlike other treatments, such as topical lubricants or medications, the laser treatment addresses the other uncomfortable issues that come with menopause-induced vaginal atrophy, such as urinary incontinence. Thus, laser treatment is a more viable long-term solution in addition to treating a variety of associated symptoms and problems.

Additionally, the lack of side effects means that women who opt for this treatment can return to their normal activities immediately, without fear of disrupting their daily lives. However, doctors recommend that patients refrain from sexual intercourse for seven days following the treatment in order to allow the body ample time to begin collagen production and the natural healing processes. Though the treatment is fairly new, doctors remain optimistic about its ability to improve menopause-related symptoms, sexual functioning, and the quality of life for women experiencing vaginal atrophy.

This Ain’t Your Mother’s Menopause…or Is It
Hot Flashes, a Precursor to Diabetes