Andropause is the decrease of testosterone in men after they reach 30, causing their libido to decline. Light therapy may be the answer to their woes.

Andropause occurs more gradually than menopause does in women, but can affect a man’s daily life just as much, especially his sex drive and ability to perform in bed. This is part of the natural aging process that many men dread but don’t discuss.

Libido in Men During Andropause Better After Using Light Therapy 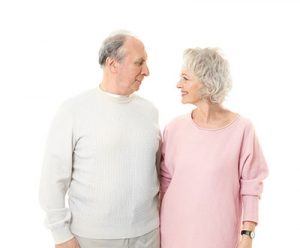 You’ve no doubt seen more than one middle-aged woman frantically fanning herself in public, or heard per-menopausal women complaining about their hot flashes and other symptoms. But, have you heard about andropause? Or, do you know an older man whose libido is less than in his younger years? If so, you may want to share this research.

An article on Medical News Today reports that a recent study of men with a low sex drive revealed that men who are experiencing andropause symptoms can benefit from the use of light therapy. Light therapy involves using a bright artificial light (often called a light box) to ailments, such as treat seasonal affective disorder, depression, anxiety, stress and now erectile dysfunction.

Based on reported cases, approximately one-quarter of males (25 percent) have a low sex drive. However, a new Austrian neuropsychopharmacology study suggests that early morning exposure to bright light helps increase male testosterone and enhances their sex life after only two weeks of use.

Like Women, a Man’s Sex Drive is Affected by the Seasons 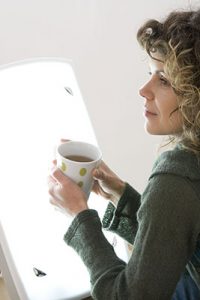 The doctor leading the study, Prof. Andrea Fagiolini, said that the study confirms the fact that male sexual patterns correspond with the cycles in nature, such as when the sun is bright and when it’s not. Thus, a man’s sexual function usually goes up during the summer (and spring) and goes down during the winter (and fall). Scientifically this occurs when a man’s LH fluctuates during the year. LH (luteinizing hormone) is made by the pituitary hormone. Higher LH factors equate to higher T-factors.

In the study, 38 men who had sexual arousal disorder or hypoactive sexual desire disorder (HSDD) were placed into two different test groups. One-half of the men were exposed to a light box with bright light every morning for two weeks, while the other half were exposed to much less light.

The study proved that the more light, the more interest in sex and ability to perform. Before the study, the self-ratings of all 38 men averaged about 2 in terms of their level of sexual satisfaction. Afterwards, the men who were exposed to bright light gave themselves an average score of 6.3, whereas those who received less light therapy only gave their sexual satisfaction an average rating of 2.7.

Fagiolini and her colleagues note that women with a low sex drive may also be helped by light therapy and that a larger study is warranted that studies the benefits to both males and females.