You are here: Home / Healthy Aging / The Link Between Heart Disease and Aging Hormones

A lack of certain hormones brought about by conditions of aging may lead to heart disease in both men and women.

As people grow older, natural and sometimes biological phenomenon results in their bodies producing diminished amounts of critical hormones that could result in a number of illnesses, one of which that can be the most serious is heart disease. This article examines the medical conditions known as menopause and andropause, how these issues can contribute to age-related heart ailments and what steps can be taken to combat such risks.

This natural medical occurrence in women marks the period when their bodies stop producing reproductive hormones, their periods stop and they are no longer able to bear children. Though the onset of this condition typically begins in a woman’s early 50s, the onset can be as early as the mid-40s. Menopause is also notorious for eliciting untoward symptoms such as hot flashes, mood swings, emotional disturbances and sleep disruptions. However, during and after menopause, a woman’s chance of developing heart-related illnesses rises significantly.

The Relationship Between Hormonal Decline and Heart Issues 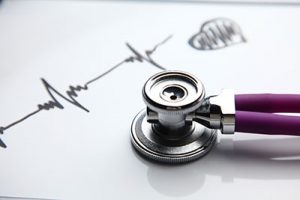 One of the chief female reproductive hormones is estrogen. Estrogen is thought to possess the natural ability to protect the artery walls, thus keeping blood vessels less susceptible to cardiovascular afflictions and coronary artery disease. When estrogen production declines, so does this blood vessel safety guard. The lack of hormone production might also result in the accumulation of body fat and lead to weight gain in post-menopausal women. Increased body weight is another known contributor to potential heart failure.

What Can Post-Menopausal Women do to Lower the Risk?

On average, women experience heart issues roughly 10 years after menopause. Therefore, women entering their late 50s or early 60s may wish to observe greater vigilance when monitoring their heart health. In addition, those with associated increased risk factors like a family history of cardiovascular illnesses, smoking, high blood pressure and high cholesterol should exercise an even higher degree of caution.

Effective measures that might help reduce the chance of developing post-menopausal related heart disease includes maintaining a healthy weight, keeping blood pressure and cholesterol levels in the normal range, consuming a balanced diet and getting a proper amount of exercise. In some instances, estrogen replacement therapy might be an option. However, many medical professionals speak against the practice as it does not have a high degree of effectiveness.

Andropause, also referred to as “male menopause,” is an accepted medical condition in which the male body (typically in the 40s or older) experiences a rapid decline in its production of testosterone, the chief male sex hormone. Though testosterone is well noted for stimulating a man’s libido, fostering the growth of his sexual organs and playing a critical role in hair growth and loss, the substance is also believed to impact many bodily systems and have a direct effect on a man’s metabolism, strength, overall mood and general health.

What is Andropause’s Link to Heart-Related Illnesses?

While a decrease in testosterone production causes no direct link to cardiovascular disease, symptoms brought about by the hormonal decline might. Men suffering from andropause often report a lack of energy, which could result in decreased activity or limited participation in exercise. Combined with a sedentary lifestyle where accumulated body fat and weight gain that often occurs during andropause can result in high blood pressure and high cholesterol.

What Actions Can Men Take to Fight Andropause Symptoms?

Much like women facing menopause, adopting and maintaining solid habits like eating a balanced diet, exercising, as well as monitoring their blood pressure and cholesterol levels can play a major role in staying heart healthy. However, unlike estrogen replacement in menopause, testosterone replacement might be more effective in combating andropause. Some men have benefitted from hormone replacement therapy. That said, research of the practice’s efficacy is still being undertaken and this form of treatment does come with certain types of potential risks including the development of blood clots.