The biology of aging has been a common topic nowadays. Scientifically each vital organ in the human body will age with time. The physiological processes of the body are affected with old age.

Human beings experience multiple changes at various stages of life. There are several visible changes like the wrinkles or development of grey hair. There are those changes that are not visible on the outside but happen internally. The function of the various parts of the body continues to drop with time. Most organs will begin to function slowly at the peak stage of life.

The changes in skin structure and functioning are attributed to the extrinsic and inartistic factors that occur in synergy. The mechanisms of the skin begin to drop while its structure is distorted. The structure of people below the age of 50 years is much loose than for those above 50 years of age. The collagen fibers in the dermis are said to be affected by age. When one reaches 50 years of age, the changes are first of all discrete but become more visible with time.

The human heart is a vital organ of the body and which ages with time. When one age the rate at which the heart pumps blood into the vessels reduce significantly. There is also a high likelihood of an individual to experience heart failure. The rate of aging in the human heart is affected by the feeding habits and the amount of exercise done. According to a research done at the Orades hospital in Romania, the individuals who exercised regularly were seen to have a healthier heart than those that did not. The heart will age if there is incomplete inactivity especially when the cholesterol build up is above the normal.

The human heart is one of the parts of the body that be used to describe how aging occurs. When the heart rate reduces (as you age), the blood flow in the body also drops significantly. Blood circulation is essential in keeping the body active all the time. Therefore, when the blood circulation is low, then the body experience a spell of inactivity. This is to explain why most aged people are slow to react.

The human brain is one of the complicated organs of the human body that is used to “drive” the body. The brain works on a self-organizing principle by arranging neurons to perform various tasks in the body. The human brain will experience problems when physically interfered with, diseased or aged. 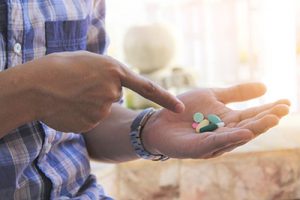 Medical drugs can sometimes cause one to age at a higher speed than normal. Some drugs interfere with the proper functioning of body organs. Each organ in the body including the heart, brain and liver, among others, experiences an effect when drugs are introduced in the body. For instance, some drugs like the antiallergenic inhibit the activity of the neutron transmitter. Researchers have found that those people who take this type of medicine complain to have problems during aging. They have to be supported. It estimated that taking too many drugs—especially at the age of 45—increases one risk of growing old.

Patients who take sleeping pills are reported to suffer from memory loss more often than those that do not. This is because the pills force the brain into a state of inactivity by stimulating the necessary hormones. Excess production is what leads to rapid aging of the brain. Medical experts should encourage the patients to allow the body to go through self-healing at times. The constant use of medicine kills the responsiveness of the various body parts.

Hormones are vital in the body as they facilitate the various process in the body by stimulating the various body parts to perform their duties regarding need. The endocrine system affects how the body ages. For instance, the decrease in estrogen in women leads to menopause. Furthermore, the continuous loss sexual power in the male is attributed to testosterone decreases in the body. Lamberts also points out that as age progresses the pancreatic insulin drops in the body which affects the functionality of the liver to break down glucose. This makes the body susceptible to diabetes.

Melatonin: A Good Option for Aging and Menopausal Women
Thyroid Health and the Impact on Aging