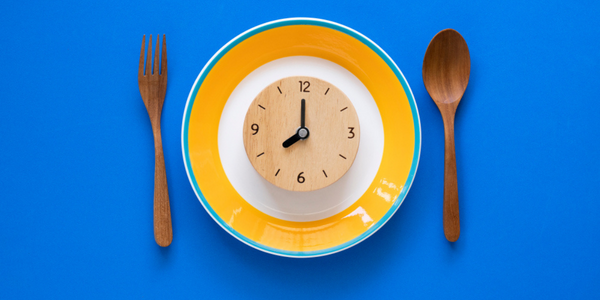 It probably comes as no surprise that eating a balanced, nutrient-filled diet is essential to staying healthy and looking good. Balanced eating generally means you should strive to get most of your calories from foods like fresh fruits and vegetables, whole grains, lean proteins and those that provide healthy fats, such as olives, avocadoes and nuts. When you eat a balanced diet, you ensure that your body gets the nutrients it needs to function properly. Although balanced eating may be a familiar concept, you may not be aware that eating your meals at the right time is also important. A recent study suggests that evenly distributing calories among meals as well as mindfully timing your meals may actually help improve your cognitive health.

A recent study sought to understand whether there was a relationship between meal content and timing and cognitive function. In the study, researchers used data from the National Health and Nutrition Examination Survey, which included information on over 4000 adults. They looked at how well people performed on memory and executive function tests (including planning and problem-solving) at different times of the day. They also took into consideration age, sex, education and body weight.

The scientists looked at the participants’ diets and measured their cognitive function using a standard test. In short, they found that people who ate three meals per day that were similar in terms of calories, fat and protein had better cognitive function than those who didn’t. This was especially true for people who were overweight or obese.

Additionally, they found that skipping breakfast was associated with a negative effect on cognitive function and an increased risk of cognitive decline. In other words, eating a main meal earlier in the day may help improve cognitive function, especially in older adults. It is unclear as to exactly how or why this is, but the researchers speculate that it may be because the body can better process nutrients when they are consumed earlier in the day. This is an important discovery, as cognitive decline is a major problem for older adults.

The study’s lead author, Dr. Elizabeth Cespedes Feliciano, said that the findings suggest eating three balanced meals wherein the calories are somewhat evenly distributed may help to prevent cognitive decline. “This is an important finding because it suggests that we can modulate our risk for cognitive decline by changing our diet,” she said. “And it’s never too late to start.”

What Are the Advantages of Balancing Meal Timing? 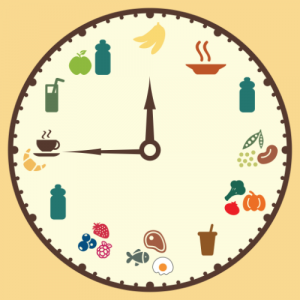 If you are on the lookout for ways to help improve your cognitive health, eating a more balanced diet and mindfully timing your meals may be a good place to start. Eating a balanced meal is important for cognitive health in general. Food-derived nutrients help support brain function and protect against cognitive decline. For example, omega-3 fatty acids are essential for cell membranes and play a role in maintaining a healthy nervous system. Meanwhile, B vitamins are involved in energy metabolism and antioxidants help to protect cells from oxidative damage.

Aside from balancing the nutrition and caloric content of your meals, research has shown that when you eat may also be important for cognitive health. One study found that participants who ate breakfast before 10 a.m. performed better on cognitive tests than those who ate breakfast later in the day. Another study found that older adults who ate more frequent, smaller meals had better cognitive function than those who ate fewer, larger meals.

Cognitive health is not the only thing influenced by meal timing. When you eat has been shown to have an effect on mental health and mood. Eating at the wrong time of day has been linked to making poorer food choices, lowered metabolism and weight gain. Proper meal timing has even been shown to promote healthy blood pressure, influence cancer risk and more.

For optimal health benefits, don’t skip breakfast. Try to have your biggest meal – ideally lunch — earlier in the day, aiming to eat your main meal before 3 p.m., and make sure that it includes all food groups. Your last meal of the day should include plenty of protein and healthy vegetables and be lighter on the carbs. Avoid eating after dinner and snacking on unhealthy foods late at night. Research involving meal timing is still relatively new and more studies need to be done to confirm these findings. But in the meantime, there’s no harm in trying out these simple changes.

There are several possible explanations for why balanced meal timing may be beneficial to cognitive health. A growing body of research suggests that balanced, regular meals provide the body with a steady supply of energy, which is essential for proper brain function. In addition, frequent meals help regulate blood sugar levels and maintain healthy weight, both of which are associated with better cognitive performance.

Recent studies have also shown that eating breakfast can improve memory and executive functioning while skipping breakfast has been linked to poorer mental performance. Furthermore, research suggests that consuming most of one’s calories earlier in the day may help to improve attention and focus. Ensuring that your meals are spaced evenly throughout the day can help to keep your mind sharp and improve overall cognitive health.

Finally, regular meals may help to reduce inflammation in the body, which has been linked to cognitive decline. Thus, many possible explanations exist for why balanced meal timing may benefit cognitive health.

There are many potential benefits to paying attention to meal timing and balancing macronutrients and calories throughout the day. While there is a need for more research to confirm the exact mechanisms at play, it seems likely that cognitive health may be one of the areas that could benefit from this type of dietary intervention. So, if you’re searching for ways to boost your brainpower, it may be worth considering some tweaks to your eating schedule.