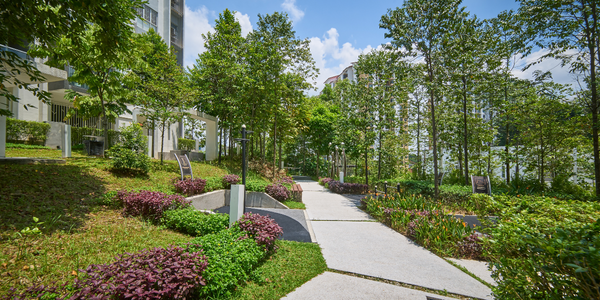 Many factors can affect our cognitive health, from stress and normal aging, to gender-specific hormonal changes such as andropause and menopause, but living near green spaces may be one of the easiest ways to improve cognitive functions.

For anyone who has had a panic attack in the middle of a big city, it’s easy to see why cities usually have higher rates of mental illness than rural areas. Humans weren’t meant to live in concrete jungles, and the “connection to nature” that we need is hard to find in these areas. Therefore, green spaces can help you relax and improve your overall cognitive health.

Depression is much more common than you might think,  especially for women going through perimenopause and menopause, and is also a risk factor for cognitive decline. Depression makes it hard to concentrate and can even reduce your ability to pay attention. Green spaces have been shown to help improve memory recall when people are experiencing depression, so they could potentially help you if you’re at risk of depression or have been recently diagnosed. 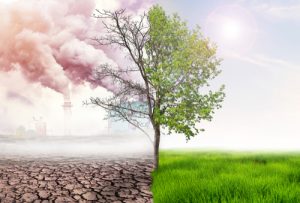 A combination of a lack of green spaces and pollution is believed to be one reason for the high rates of ADHD in cities. ADHD is suspected to be caused by neurotoxins from corrosion, which can affect children when they’re exposed during critical stages of development. In addition, the overstimulation that kids experience in cities can also increase ADHD symptoms.

However, when parents take their kids to a park, research shows that EEGs show clear signs of relaxation after only 10 minutes, which would otherwise be hard to achieve through medication or therapy.

Dementia is another common problem in Western cultures, and although it’s one of the more complex cognitive issues to treat, research has shown that living near green spaces can reduce your risk of dementia. A study found that people who had lived close to green spaces for 20 years were 35 percent less likely to be hospitalized with dementia than those who didn’t have access to green areas.

This also helps explain why people living in urban areas have been shown to have increased rates of Alzheimer’s disease. Additionally, studies show that pollution exposure, commonly found in more populated cities, can be an additional risk factor leading to dementia onset. In addition, cognitive health also helps boost your overall mood, which can fight depression and is associated with a reduced risk of dementia.

People with less green space have been shown to have a more challenging time focusing on tasks, and people with more green space have an improved ability to pay attention. This makes sense when you consider that many of the necessary elements for concentration are less present in urban environments.

Green spaces can also increase mental agility. Urban environments cause a lack of stimulation, which decreases our mental speed and agility. Research shows that green environments improve cognitive speed and agility by increasing oxygen flow to the brain. When we have more oxygen in our brains, it increases our levels of dopamine, which makes us feel good. When you have more dopamine in your brain, you can focus more on tasks and be better at multitasking.

From reducing stress levels, depression, and possibly even attention deficit hyperactivity disorder (ADHD), there is no doubt that green spaces have been shown to provide a number of benefits on mental and cognitive health. So, when it comes to picking your lunchtime location or weekend plans, perhaps including some time in the great outdoors or at a local park for a picnic are just the solution your brain needs.