You are here: Home / Menopause / Everything You Need to Know About Immediate Menopause

When menopause occurs immediately, it is both like and unlike regular menopause. The symptoms are essentially the same, however, what is different is the time frame and severity.

The changes that women go through around the time that their reproductive period ends are referred to, collectively, as menopause. The female reproductive system operates under a built-in obsolescence due to the fact that each woman is born with a finite number of eggs, and gestation can be a rigorous process to undergo. When this process ends naturally, it can take months or years to complete all the changes involved. However, there are certain circumstances under which immediate menopause occurs.

What Is Immediate Menopause?

There are several manners in which menopause can be induced, rather than occurring naturally. Surgical removal of the ovaries is the most common cause. However, damage to the ovaries due to exposure to radiation, chemotherapy, or other treatment drugs, can have the same effect. 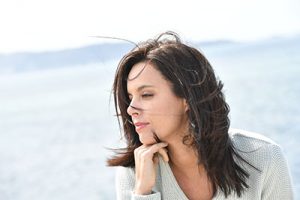 The ovaries are responsible for maintaining the female reproductive system’s health and function. In addition to producing and releasing eggs for fertilization, they also secrete estrogen and progesterone at certain times during the reproductive cycle. It is the lack of these hormones, particularly estrogen, that is responsible for the symptoms of menopause.

Although the specific symptoms and severity can vary from one woman to another, there are signs that every woman experiences. The most obvious symptom is the cessation of menstrual cycles. Hot flashes can occur suddenly and may feel as though the body’s core is radiating heat. The woman might experience a flushing of the skin or an increase in the heart rate. Moodiness, weight gain, and difficulty sleeping can also occur.

When menopause is induced, through whatever form of medical treatment or illness, the symptoms start all at once. Due to the immediate loss of hormones, the symptoms might be more severe. However, as with menopause that occurs naturally, the symptoms will mostly resolve over time.

What Types of Treatments Are Available?

The term menopause refers to the twelve-month period immediately following the cessation of the menstrual cycle when symptoms are most severe. Post-menopause occurs once this initial stage ends, and the symptoms become less severe.

Treatment is available to ease the symptoms of menopause, both natural and immediate. Estrogen therapy can be used, but requires careful medical monitoring because it can introduce new health risks. There are also non-hormonal treatments available, such as antidepressant and anticonvulsant medications. Stress management and relaxation techniques may also provide some symptom relief.

Once the first year has passed, the symptoms should ease up and can often be managed without treatment. Some will even disappear completely. Many women experience a great reduction in hot flashes, which can be the most uncomfortable menopause symptom. However, it’s important to note that the hormonal changes of menopause result in an increased risk for certain diseases, such as osteoporosis and high blood pressure.

How Do Immediate and Regular Menopause Differ?

When menopause occurs naturally, it is preceded by perimenopause. This process typically begins several years before the menstrual cycles stop. It is caused by the gradual decrease in estrogen being produced by the ovaries, and menopause symptoms begin to develop toward the end of this transition. It is the lack of this gradual ramping up stage of perimenopause that is responsible for the suddenness, and severity, of immediate menopause symptoms.

The increased onset and severity of symptoms, when menopause is induced, can also require treatment to be more aggressive than it would need to be with regular menopause. This usually includes both higher doses and longer duration of treatment hormones and other medications. This is necessary both to decrease menopause symptoms and to reduce the risk of menopause related diseases.

Once the first year passes, there is very little symptom difference between regular and immediate menopause. The severity of symptoms will usually decrease and some symptoms may disappear entirely. Many women find this post-menopausal state to be more manageable than their menstrual symptoms were, and pregnancy precautions are no longer necessary. Many women find the cessation of menstrual cycles, once they’ve adjusted mentally, to be a freeing experience.