You are here: Home / Healthy Aging / Flavonoids Protect Lung Health as You Age 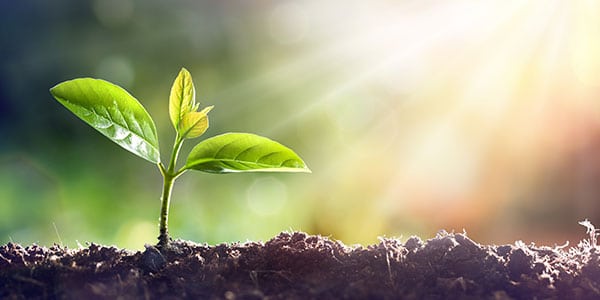 When it comes to plant benefits on our health, flavonoids are one group of plant chemicals, that, due to their antioxidant powers, have been known to have a number of health benefits. Now, new research has shown that they may also play a role in promoting lung health as well. As we age, lung function naturally declines. Research finds that consuming flavonoids on a regular basis may help support healthy lung function as we age by ultimately slowing down the signs of aging on our lungs.

Lung Function Changes as We Age

Age-related changes occur on a variety of levels and the respiratory and pulmonary organs are no exception. The chest cavity decreases and reduces lung volume capacity, while respiratory muscles become less efficient. This means less cough strength to remove mucous and other foreign agents from the lungs, and immunity changes which can increase a senior’s vulnerability to infectious illnesses. In fact, the third leading cause of death in those aged 65-years and older is persistent lower respiratory tract disease.

Flavonoids Function in Fruits and Vegetables

When we observe natural fruits and veggies, we enjoy the show of vibrant colors that these items we eat and the flowers we admire display. It turns out that the colors may be clues to very important health issues including our lungs. Pigmentation within water soluble flavonoids regulate the variety of colors we see in nature’s bounty. Anthocyanins are a subagent of flavonoids. These compounds serve a major role in defense and protection of plant life. We know that anthocyanins contain strong antioxidants, anti-inflammatory, growth inhibiting microbes, and cancer prevention properties. Anthocyanins found in fruits, vegetables, and grains sport a range of colors from pink to scarlet, purple, and blue. Blackberries, raspberries, blueberries, strawberries, chokeberries, cranberries, elderberries, bilberries, red-skinned grapes, apples, and various vegetables such as radishes, red and purple cabbage, and eggplants are all examples. Beets, however, are an exception to this color rule, as they contain betalin, and not anthocyanins. 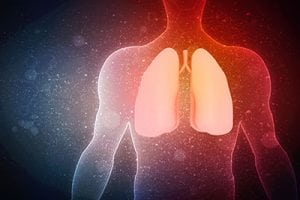 Nature’s complex mixture of agents and compounds within each of its creations challenge scientists, as they seek to extract the data of a single agent such as anthocyanins to study the effects on human health. In addition to plant observations, scientists also observe the way we absorb and deposit these food agents throughout our bodies. Long before science became involved, native peoples used plants to treat specific health conditions. Their experience comprises use of the whole part of the plant, whether it be the leaf, the stem, the root, the flower, or the fruit. Each of these plant parts comprise a blend of several metabolic and interactive agents. Bringing research into the loop with this practice helps identify and analyze the specific agents of a plant that contain health benefits for a particular set of conditions.

Two research studies within the last two decades have sought to find the effects that anthocyanins have on lung tissue and lung health. Both studies compared anthocyanin intake and analyzed subjects’ corresponding spirometry pulmonary function. (During the studies, a spirometer was used to measure lung volume as by having the subject breathe in and out through a mouthpiece). After analyzing the data from 463 middle-aged adults from England and Norway between the years 2002 and 2012, a confirmed and positive effect on breath volume was found.

A second study, a VA Normative Aging Study included 839 men from the Boston area and found similar findings between 1999 and 2008. The VA study zeroed in on blueberries, red wine and strawberries, and found that blueberry intake had the greatest effect on reducing the decline of lung health. In comparison, red wine showed no effect on the lungs.

In both studies, it was found that smokers receive no additional lung health benefits from the intake of anthocyanins.

So what makes flavonoids such a healthy option? Here are few ways in which lung health is improved and protected by flavonoids:

When inflammation occurs in our bodies, inflammation serves as a defense mechanism that can be helpful to a certain extent, but when it becomes chronic it can worsen the overall condition of any organ. The anti-inflammatory properties of flavonoids help to decrease and protect against the harsh effects of inflammation.

While our bodies undergo stresses that result in inflammation, at the same time, our bodies are also subjected to free radical damage on a daily basis. These antioxidant properties can battle free radicals and help neutralize their damaging effects. When it comes to lung function specifically, our lungs often breathe in polluted air which is full of free radicals. Free radical discharge in the body tends to heavily damage the lungs in particular. As people age, their lung capacity decreases as well. In such cases, damaged lungs further lessen the amount of air that can be utilized by the body. However, regular intake of flavonoids helps to protect against the oxidative damage from free radicals, helping to preserve lung health.

As if anti-oxidant and anti-inflammatory properties weren’t enough benefits, a study has proposed that diabetic patients tend to exhibit decreased air intake capacity. This decrease in pulmonary function can be mitigated by the intake of flavonoids. On the other hand, those who consume flavonoid-rich foods tend to have better vascular function and a lower risk of diabetes.