You are here: Home / Healthy Aging / The Polyphenols That Assist in Men’s Aging Health

Substances known as polyphenols may significantly improve a man’s health as he ages. So what poluphenols? These substances are scientifically classified as phytochemicals, nutrients commonly found in naturally growing food sources. 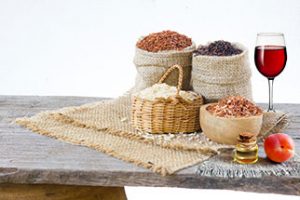 Specific Foods That Phytochemicals are Found in

Polyphenols are most often an ingredient in foods like fruits and vegetables but are also abundant in regularly consumed products such as olive oil, tea, chocolate, wine and fiber-based foods like grain products.

These substances are broken down into several sub-categories including carotenoids, found in fruits and vegetables that are yellow or orange in color such as cantaloupes, apricots, papayas, sweet potatoes and carrots, or in dark green vegetables such as broccoli or spinach; flavonoids, such as resveratrol which is found in red grapes, peanuts and blueberries; phytic acids, which bind to minerals and include nuts, oats, whole grains and legumes; thiols, found in cruciferous vegetables such as kale, broccoli, cabbage, Brussels sprouts, cauliflower, horseradish, collard greens, mustard and turnips; and lignans, which can be found in flaxseed, sesame seeds and whole grains. All of these chemicals are important to maintaining optimal health. However, lignans might be of added significance to men’s health.

These nutrients are believed to possess antioxidant properties and protect the body’s cells, tissues and organs from infiltration and destruction by substances known as free radicals. Typically, free radicals are environmental toxins that invade the body and, if left unchecked and permitted to collect in abundance, might precipitate internal inflammation that can result in pain and minor ailments. However, over the long haul, free radical accumulation might eventually cause serious, perhaps life-threatening diseases. 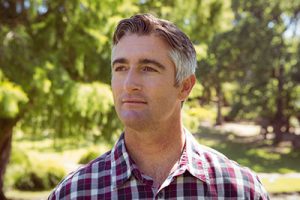 The antioxidant properties found in these phytonutrients provide men added protection against the development of prostate and colon cancer. In addition, studies have been performed in which many men with enlarged prostates (which can be a precursor to the development of prostatic malignancies) experienced reduced swelling and less bothersome associated symptoms such as frequent urination, painful urination and urinary difficulties after consuming foods rich in lignans for as little as 30 days.

Scientific studies have concluded that consuming a diet abundant in foods containing lignans may reduce a man’s cholesterol levels by as much as 20 percent. Such a development could drastically cut down his chances of being stricken with heart disease and other cardiovascular disorders.

Clinical research has discovered that lignans may prevent a man’s body from converting excess testosterone into dihydrotestosterone (DHT). As a man ages, DHT is believed to contribute to potentially unpleasant aesthetic changes like male pattern baldness brought about by damage to hair follicles. However, the hormone is also thought to potentially precipitate much more serious afflictions such as prostate cancer and cardiovascular inflammation that might eventually cause heart attacks, strokes and blood clots.

The antioxidant properties lignans contain can strengthen cells and precipitate a more rapid rate of cellular repair. Such an occurrence may give men added energy, strengthen their immune systems and render them less susceptible to injury or disease.

What Foods Can Lignans Be Found In?

Most fruits and vegetables contain at least a small amount of these nutrients. However, abundant quantities can be found in products such as flax, sunflower and sesame seeds; whole grains like rye, barley and oats, whole wheat, granola, bran and muesli; fruits such as berries, apricots, peaches, pears and nectarines;  curly kale, broccoli; and specific nuts such as cashew nuts and peanuts.