You are here: Home / Healthy Aging / Group B Strep in Aging Adults

An organism known as group B strep, sometimes abbreviated as GBS, has the potential to precipitate health problems for aging adults.

Group B streptococcus is a type of bacteria that could precipitate the development of bodily infections. Typically, the organism is harmless and found most prevalently in vaginal or rectal regions of child-bearing age women. However, all individuals also have a significant amount of the bacteria in their digestive tracts. When the bacteria become infectious, newborn children are typically most impacted. However, when the malady strikes adults, it can have serious consequences.

Infection by the organism in older adults is usually precipitated by a compromised immune system. These individuals usually possess a serious or chronic medical disorder like diabetes, immune system disease, some kind of cancer or diabetes. Additional risk factors for adults include age (those over 65 are most susceptible), as well as residing inside a nursing home, as infections tend to spread more quickly in such facilities.

Roughly 40 percent of all group B cases are diagnosed in older adults, and about half of all deaths attributed to the organism occur in these individuals. In aging persons, this bacterium is prone to precipitating serious systemic infections such as the following: 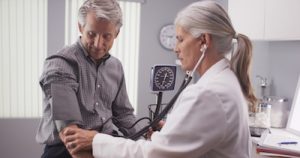 Systemic infections often require much more aggressive treatment that might necessitate lengthy hospital stays and significant rehabilitation. In addition, these ailments could result in sepsis, which is a bodily infection that can prove fatal if not treated with immediacy and efficacy.

Physicians usually diagnose GBS following the study of bodily fluid samples, such as blood, spinal fluid or urine. Once these samples are taken, active infections will produce cultures in these substances that appear within a few days of being extracted.

The therapeutic protocol initiated will be dictated by the severity of the infection, as well as its specific bodily location. That said, the most common and direct form of treatment is the administration of bacteria-suppressing medications like antibiotics. However, should the disease have spread to a region like the skin or bones and precipitated the buildup of pus, surgical procedures to clear the accumulations might be indicated.

Considering the organism resides in the bodies of most people, preventing certain occurrences of GBS infection can be difficult. That said, the bacterium does not typically impact otherwise healthy persons. Those with serious underlying illnesses or weakened immune systems are encouraged to pay close attention to their health and, if any infection-like symptoms arise, they are strongly cautioned to bring the manifestations to the attention of their doctors.