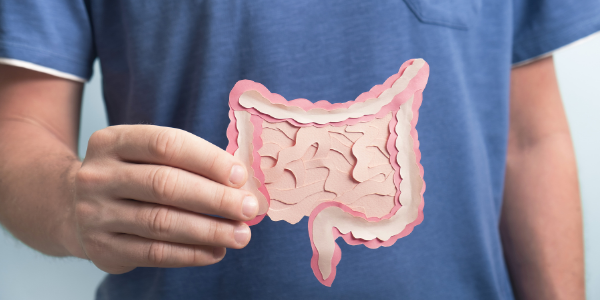 Hundreds of different types of bacteria live in our digestive tract, and these tiny microorganisms can make a huge impact on our health. For example, research has shown that people deficient in certain healthy bacteria might be more likely to get sick from certain viruses. It’s well known that certain bacteria can help prevent serious diseases and damage caused by harmful bacteria. But now, researchers are saying they have made a major discovery that could change the way doctors treat people with stroke or other brain disorders. Gut bacteria is a type of bacteria that live in the gastrointestinal tract and can help determine our health. When a person is sick or injured, their ability to produce the right bacteria can be compromised. This article discusses the new findings and how they could aid in stroke prevention and improve post-stroke recovery.

A new study established that strains of gut microbiota are connected with severe strokes and post-stroke recovery, revealing the bacteria colonizing the guts of individuals who have suffered a stroke are also responsible for having a significant influence on the extent of brain damage following an attack and how well patients recover. This study was presented at European Stroke Organization Conference (ESOC 2022). It revealed certain bacterial groups related to poor neurological recovery resulting from an ischemic stroke after three months and in the acute phase (within 24 hours). This suggests that a correlation between abnormal gut microbiota and impaired neurological recovery is a significant indicator of patients who may be more likely to suffer from severe damage to their brains.

This study also revealed several types of bacteria related to the risk of developing ischemic stroke, including Lactobacillus and Fusobacterium. In contrast, Lentisphaeria and Negativibacillus were related to severe stroke during the acute stage between 6 and 24 hours. Acidaminococcus was associated with poor functional outcomes at three months. This implied that the gut microbiota composition is related to the severity of stroke in the acute stage and that patients who suffer from bacterial gut dysbiosis are at a higher risk of suffering severe neurological damage.

This discovery has significant implications for developing new treatments for stroke. The findings suggest that it is possible to prevent or lessen the severity of damage from stroke by altering the types of bacteria in individuals who have a high risk for severe stroke. 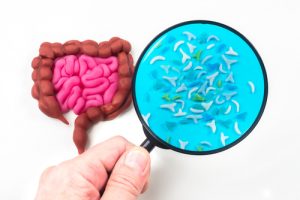 In another new research presented during the conference, a Yale University group discovered about 20 types of gut bacteria associated with an increased rate of ischemic stroke risk. They revealed that people with a higher rate of stroke had been disabled physically and mentally; however, the group that received a high rate of stroke had more capacity to recover and work again. This study found that they had more slow-growing gut bacteria and could eventually live independently. This implies that the gut is connected to brain health.

The researchers explain that the association between slow-growing bacteria and recovery after stroke is one of the main findings in this study, showing a possible connection between stroke and gut health. This study suggests that gut microbiota may influence the cognitive status of patients following a stroke. It is also likely to be among the contributing factors to the high mortality rate after a stroke.

How could these new findings aid in stroke prevention and improve post-stroke recovery?

According to Lledós, this study’s results suggest a link between gut bacteria, stroke and post-stroke recovery. These findings could lead to better treatments for stroke patients in the future.

The new research could also be useful in developing better medication to help heal people who have suffered a stroke. Scientists are currently working on correcting gut bacteria in patients with stroke by using fecal transplants. However, there are also concerns about using fecal transplants to treat stroke. Further research is still needed to determine whether these treatments are safe and effective.

The findings of this study suggest that there is a link between gut bacteria, stroke and post-stroke recovery. Improving brain health could allow patients to recover faster after a stroke and improve their quality of life. Furthermore, it could also reduce the high mortality rate of people who suffer from stroke. However, further research is needed to determine if altering gut bacteria can benefit people with stroke.

Does Education Reduce Risk of Dementia?
The Connection Between Gut Health and Diabetes