You are here: Home / Uncategorized / High Blood Pressure in Women May Be Left Undiagnosed 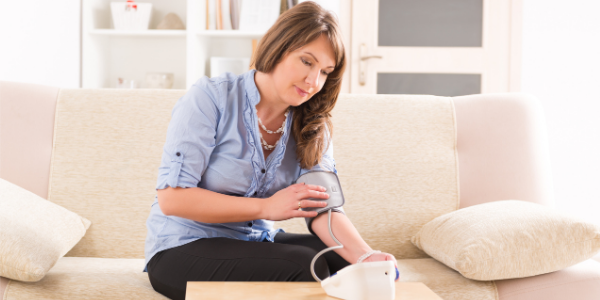 High blood pressure in women is often left undiagnosed. It’s far too common for it to be written off as a symptom of menopause or as a stress-related symptom.

Unfortunately, this is a problem that has plagued women for years. If you have high blood pressure and it’s excused away, you may not get the treatment you need, which can be detrimental to your health.

Why Does High Blood Pressure in Women Happen?

People of both sexes can experience a rise in their blood pressure over a course of years, even if they’ve never had a problem before. However, research has shown that hypertension can develop as you age due to a number of factors. Hormone levels can change dramatically in women as they get older. Your taste buds may change as well, which can lead to consuming more sodium. The walls of your blood vessels may weaken over the years, and your heart may not work as diligently as it once did.

For years, it was thought that men are typically stricken by cardiovascular disease earlier than women. However, new research has shown that the reverse is true: women’s blood vessels tend to age faster, and women are the ones who exhibit signs of high blood pressure earlier than men. What this shows is that women should not be treated in the same way as men when it comes to vascular disease. There are remarkable differences between the sexes when it comes to the progression of the disease, which suggests that women would benefit from different therapeutic options than men and have better outcomes as a result. 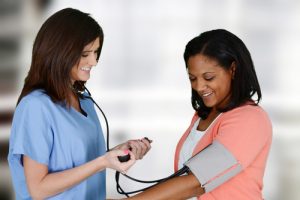 A study was performed in which researchers compared medical information on around 33,000 male and female participants whose ages ranged from five to 98. The researchers looked at blood pressure data and compared males’ versus females’ information. In previous studies, it was believed that women experience hardening of the arteries faster after they have gone through menopause.

According to the study that revealed that women’s arteries change much sooner than previously believed, women also see blood pressure elevations much earlier than men. Women as young as their 30s were shown to be affected. As a result, artery health is also different between the sexes. The findings showed that women need to be diagnosed and treated differently than men where their cardiovascular health is concerned.

Why Do Women Often Get Overlooked?

Throughout history, men have always been taken more seriously than women when it comes to health and medical concerns. High blood pressure in women is no exception as it’s often shrugged off as stress. Meanwhile, men are taken more seriously by doctors. Additionally, women themselves may often think they are merely dealing with stress and may not be open to a diagnosis of high blood pressure.

One of the biggest problems is that many women may experience an elevation in their blood pressure at the same time as menopause. When the symptoms coincide, they may go undiagnosed or misdiagnosed.

Additionally, in the past, women were viewed as being less likely to suffer from heart disease compared with men. The result was that doctors did not take it seriously and did not delve deeper into the symptoms women experienced or treating them.

Another reason why high blood pressure in women is often misdiagnosed as menopause is that the two conditions share some characteristics. For example, hot flashes, trouble sleeping, headaches, chest pain and heart palpitations are symptoms that occur during menopause. However, they are signs of hypertension as well.

What Women Can Do

Women should know that certain situations can put them at higher risk for hypertension. Those who are high-risk include women with polycystic ovary syndrome or PCOS, those who have had preeclampsia during pregnancy, women who experience natural early menopause—menopause before the age of 40—and those who have inflammatory autoimmune conditions.

Women should advocate for themselves when they see their doctor. They should always be open and inform their doctor if they have experienced any of these medical conditions. It’s also wise to self-monitor blood pressure at home using a blood pressure cuff.

Going Back for Seconds: How to Control Overeating
Research Finds COVID-19 Affects the Pancreas