You are here: Home / Menopause / New Research May Reverse Menopause

Women have dreamed about ending menopause since time began and thanks to science, technically it’s possible through three different processes. While this may mean an end to hot flashes, it also means that periods will also return.

Scientists have found a way to potentially restore fertility to women previously thought to be infertile. And according to their research, so far, it’s working. Hot flashes, night sweats, weight gain, and menopausal-related bone loss will be a thing of the past. Instead, women will have their periods restored and thus can continue on their child-bearing years longer than before.

While this may not be a desire or need for many menopausal women, for some women who encounter the onset of early menopause by their mid-30s, it may offer a bit of hope for women looking to start a family later in life.

Women entering the change early deal with the physical side effects of menopause, in addition to the psychological side of it as well. Women going through the change early begin to feel old and may experience infertility, even if they’re only in their 30s.

When the change begins, egg quantity and quality diminish. The ovaries overproduce the hormones estrogen and progesterone, which drowns the pregnancy hormone. This hormone imbalance can have the effect of irregular ovulation times.

What Have the Studies Found? 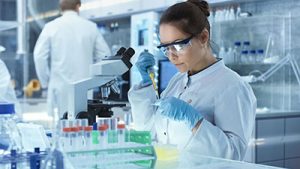 Many studies are using different things to reverse early menopause. One study that has shown results was done in Athens, Greece by the fertility clinic Genesis. Doctors took blood samples from women and placed it into a centrifuge to isolate certain portions of the blood. In this case, the platelet-rich plasma (PRP) was extracted. It was then injected directly into a woman’s ovary. Once injected, it uses the ovary’s stem cells to generate new eggs, thus reversing the menopausal and infertile phase of a woman and restoring ovulation and menstrual cycles. For women who underwent the procedure early, fertility was able to be restored.

During the study, a team in Athens treated approximately 30 women, ages 46 to 49. Six months after being treated with this procedure, a woman had her period after five years of menopause and another patient become pregnant with twins.

While this concept sounds ground-breaking, this type of work is not a new procedure. Doctors in sports medicine have been using centrifuged blood for years. When applied to a sports injury, the plasma uses the body’s own tissue to facilitate healing. The yellowish substance present in healing wounds is the result of these platelets.

The Science Behind Platelet-Rich Plasma

A centrifuge can be spun in a specific way depending on what doctors and researchers want to separate from the blood. Generally, a tube of blood separates by itself, with the red blood cells on the bottom. Next are a layer of white blood cells, and on top is yellowish plasma.

PRP is autologous, meaning it comes from the patient’s body, so it is natural and the injections carry few risks. If women don’t want to become pregnant, but wish to reverse the signs of aging, PRP can help. Aging adversely affects the skin, making it thin and susceptible to bruising. The heart suffers from its own diseases. Add to that aging bones which become brittle and delicate as we age.

With the use of PRP injections, there can be a reverse to the effects of aging, plus women suffering from menopausal symptoms will appreciate a decrease or alleviation altogether of hot flashes.