A gene might play a role in regulating menopause symptoms. Scientists have found that genetic material called reprimo might serve as a safer alternative to hormone-replacement therapy.

Classified as a life stage rather than a medical condition, menopause occurs when a woman’s body gradually ceases production of key reproductive and sexual hormones, such as estrogen and progesterone. Typically, this event takes place during the late forties or early fifties and signals the end of a woman’s capacity to bear children.

A team of scientists representing the University of California at Los Angeles (UCLA) found that the gene called reprimo might play an important role in stabilizing menopause symptoms. 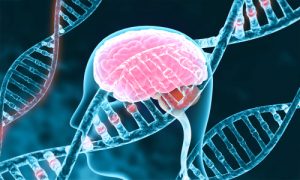 Researchers, who are specifically employed at the UCLA’s Brain Research Institute, set out to identify safer and potentially more effective treatment methods for menopause symptoms than hormone therapy, which can carry several significant health risks like blood clots an increased risk for developing certain malignancies.

These brain researchers found that the gene reprimo is found in specific brain cells and might influence systemic temperature and body weight, which are often significantly impacted by menopause’s onset.

The team of medical professionals performed a scientific technique known as single-cell RNA-seq, which enables researchers to examine brain cells one at a time. For the study in question, the California-based team studied cells gathered from the hypothalamus brain region from mice. In both mice and human subjects, the hypothalamus executes critical roles in helping the body perform important functions, including reproduction and body-temperature regulation. Scientists found that reprimo contains estrogen receptors capable of attaching to the chemical and influencing genetic expression.

As the study progressed, researchers studied the effects on two dozen mice. The male subjects were given the reprimo-laden compound, while female subjects had these chemicals restricted. In each case, subjects experienced discernible systemic body temperature alterations, which proves a link exists between estrogen, reprimo and body temperature.

Researchers suggest that more research is necessary before any definitive conclusions can be drawn. However, they maintain that the results are promising and could eventually lead to the development of medications geared towards alleviating menopause symptoms like hot flashes, increased perspiration and possibly even insomnia.

Though annoying and sometimes life-altering, menopause symptoms can be managed. In certain instances, the ingestion of natural products like soy, vitamin E and flaxseed might provide a certain degree of relief.

Keto vs. Chrono: How Diet Can Impact Menopause Symptoms
How Menopausal Hormone Fluctuations Can Impact the Skin