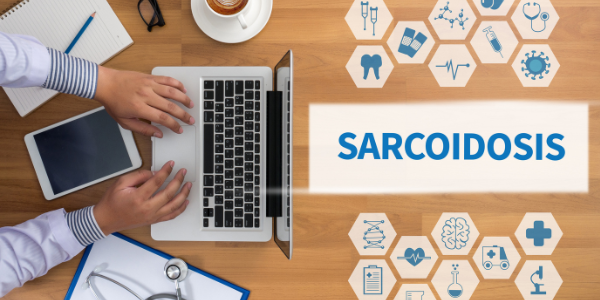 It can often take time for sarcoidosis to be diagnosed in older patients, and a new study has found that this may be linked to worse outcomes. The study looked at data from more than 2,000 patients with the disease and found that those over 65 were more likely to require hospitalization and experience organ failure. Researchers say these findings underscore the importance of early diagnosis and treatment.

Sarcoidosis is a rare and chronic disease that can affect any organ in the body. Most commonly, the lungs, skin and lymph nodes. The cause is unknown, but the disease is thought to be an overreaction of the immune system to an unknown trigger. It can occur at any age, but it is most common in young adults between the ages of 20 and 40.

While it is a serious disease, most people with the condition will never need treatment and experience only mild symptoms. However, some people will develop more severe symptoms, and the disease can be deadly in a small number of cases. There is no cure but treatments are available to manage the symptoms and prevent the disease from progressing.

What Are the Symptoms?

The symptoms vary depending on which organs are affected. The most common symptoms include:

There are several possible explanations for why older patients seem to have worse outcomes. Some of the notable ones are:

Older patients are more likely to have other underlying health conditions, such as diabetes, heart disease or lung disease. These conditions can make it more difficult to treat it and increase the risk of complications. Any time there is a preexisting condition, it can make any diagnosis and treatment more complicated.

It can be a difficult disease to diagnose as its symptoms can mimic other conditions. This can be especially true in older patients who may already have other health problems causing similar symptoms. As a result, it can take longer to reach a diagnosis, and the disease may be more advanced by the time it is finally found.

Sarcoidosis is a relatively rare disease, and it is not well-known. This lack of awareness can make it difficult for patients to get an early diagnosis, as they may not think to see a doctor for their symptoms. Older patients may also be less likely to seek medical care for new or unexplained symptoms.

There is no cure, and treatments are often limited. This can be particularly difficult for older patients who may have other health problems that complicate treatment. Additionally, the side effects of some treatments can be more severe in older patients.

Older adults are often more isolated than younger people due to retirement, widowhood or other life changes. This isolation can make it difficult to get the support and care they need. Social isolation can also increase stress levels, which can worsen sarcoidosis symptoms.

Older patients may have difficulty accessing medical care due to transportation or financial problems. This can make it difficult to get the treatment they need and make it more difficult to follow up with their doctor. Additionally, older patients may be less likely to have insurance, further complicating care access.

Sarcoidosis is a serious condition that can have a significant impact on the health of older patients. Although the cause of the condition is still unknown, it is clear that sarcoidosis is more common in older adults. Furthermore, patients diagnosed with sarcoidosis at an older age are more likely to experience worse outcomes. As a result, it is important for healthcare providers to be aware of the risk factors for sarcoidosis and to screen older patients accordingly. Early diagnosis and treatment of sarcoidosis are essential for preventing the progression of the disease and minimizing its impact on patient health.

Gut Bacteria and Blood Pressure: Understanding the Connection
How to Alleviate Loneliness and Isolation in Older Adults