You are here: Home / Healthy Aging / The Anti-Aging Benefits of Glucosamine

A substance called glucosamine is believed to possess certain anti-aging properties. In addition, it offers the body several other health benefits.

This substance is a chemical that the body produces naturally. In humans, it is produced by and found in the fluids surrounding soft tissues such as joints and cartilage. Additionally, the product can be synthetically produced and sold as a nutritional supplement.

Concentrations of the substance produced by the body execute the crucial function of producing and strengthening existing cartilage. Cartilage is the tissue that connects bones to joints. A deterioration is cartilage can leave stricken individuals susceptible to a host of painful and potentially debilitating physical injuries.

As people grow older, they can be more prone to physical injuries for several reasons. First, their bodies tend to produce less glucosamine. Moreover, systemic cartilage often becomes less flexible, which eventually leads to steady breakdown and, in some cases, it ultimately results in injury.

Connection to the Anti-Aging Process 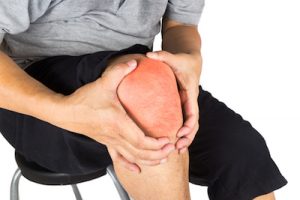 The substance’s role in cartilage and joint production and regeneration has been clearly established. Therefore, dietary supplements containing the chemical have been widely prescribed as therapeutic protocols for various joint injuries and diseases.

Scientific studies have been conducted demonstrating that the substance might prove effective in stemming the tide of other health maladies often associated with age.

In the mid-2000s, researchers representing Harvard University opined that glucosamine-based supplements may have a positive influence on skin damaged by the sun’s ultraviolet rays. Aside from its impact on tissues like cartilage, the chemical is also believed to possess a certain degree of anti-inflammatory and infection-fighting properties.

The scientists studied how topical applications containing glucosamine-extracted byproducts influenced the skin of both male and female subjects coping with the effects of excessive sun exposure or other skin maladies. Research concluded that these applications yielded positive results in providing relief of discomfort and the lessening of the condition’s severity in a solid percentage of subjects tested.

In yet another study, scientists discovered that glucosamine-supplementation might improve the body’s ability to metabolize certain nutrients. A 2014 experiment overseen by Swiss and German researchers examined how the substance impacts glucose synthesis. They fed a group of aged mice a glucosamine-rich diet and a control group a regular nutritional plan.

In conclusion, researchers found that mice fed the glucosamine-laden diet had an almost 10-percent increased lifespan. Additionally, the test subjects did indeed experience more efficient systemic metabolism of glucose. The inability to synthesize sugar could lead to the development of the potentially serious metabolic disease known as diabetes.

Fortunately, aging individuals dealing with glucosamine-deficiency can easily replenish their systems with a host glucosamine-laden nutritional supplements. Such products are typically available for purchase through online vendors or at many common pharmacy chains. Furthermore, the substance is often found as an ingredient in various joint-healing or soothing preparations that are also readily available for purchase.

There are not many natural edible sources of the nutrient; the substance is harvested from shellfish. Ergo, consuming shellfish might offer a systemic boost of the chemical.

Hormonal Imbalances, a Cause of Peripheral Neuropathy
Avoiding the Medical Merry-Go-Round As We Age