You are here: Home / Andropause / Why Estrogen Balance Is Important for Aging Men

According to a recent study published in the Journal of the American Medical Association (JAMA), there’s a connection between excess estradiol in men and chronic heart failure. The study concluded that men with balanced estradiol had levels between 21.80 and 30.11 pg/mL. Doctors say that these are the numbers aging men should work toward.

One of the main reasons men don’t achieve these numbers is because testosterone declines with age. A number of men had a reading of 20 to 25 pg/mL, which means there was a lack of free testosterone in their bodies. This can either be an indication of too much estradiol or an increase of aromatase in the body. Aromatase is an enzyme that turns the testosterone in fat cells into estrogen. When a man has decreased testosterone, fat will start to form in parts of his body, such as the thighs, breast area and hips. These are usually the same places that women struggle with fat loss because they are naturally more fatty in women to help prepare the body for childbirth. Men who experience a decrease in levels of testosterone also have an increased risk of prostate cancer.

These male hormonal imbalances are officially referred to as andropause, also known as “male menopause.” As men get older, their testes start to produce less testosterone, similar to the way that women start producing less of the main female hormone during menopause. Andropause can lead to fatigue, lack of exercise, stress and weight gain. There are also some medications that can lead to reduced testosterone production, causing symptoms like erectile dysfunction, low libido, osteoporosis, increased weight gain and decreased strength and muscle mass. Some men also experience dangerous changes in their blood lipids.

Conditions That Can Mimic Low Testosterone 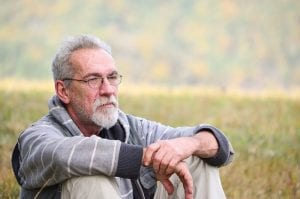 Many men start to notice a decline in energy. Some men also start to develop a lack of excitement for the challenges of life, such as career and any type of competition. It is also common for men to lose interest in sex when they have a severe reduction in testosterone. There are also hidden conditions that can lead to these symptoms. In addition to low testosterone, men may also have:

A study was conducted in 2015 that included 1,472 men who were generally healthy between the ages of 52 and 63. These men did not have a risk of heart disease, stroke, or death. However, the subjects showed a reduced risk when compared to men who were not on testosterone therapy. In 2016, a follow-up study that included 755 males ages 58 to 78 with severe coronary artery disease were examined. Researchers discovered that men who were treated with testosterone therapy improved more than men who didn’t. The study also concluded that men who didn’t receive testosterone therapy were 80 percent more likely to have even more serious health problems in the future.

The aging process is one that can’t be avoided. As men get older, they can expect their testosterone levels to drop. However, the levels don’t have to reduce too quickly or drastically. When it comes to aging well, men should be sure to eat a healthy, balanced diet, manage their stress levels, watch their alcohol intake and exercise regularly. The more excess weight a man has, the more he is likely to experience symptoms like female weight distribution, depression and mood swings. The reduction in testosterone can also increase the chances of prostate cancer, so men should maintain regular checkups to see if lifestyle adjustments should be made. Regular hormone testing will also let men know which habits should be added or eliminated from their lifestyles.

The Link Between Andropause and Cardiovascular Disease
Sexual Rejuvenation: From Supplements, to HRT, to Carboxytherapy