You are here: Home / Healthy Aging / Autism Symptoms May Be More Severe in Aging Adults

Typically, when the topic of autism comes up, we associate the condition with children; however, in reality, it is a diagnosis that can extend well into adulthood. Studies have shown that children who are autistic inevitably become adults who are autistic. That said, very little is known about the neurobehavioral condition and how it advances with age.


Autism, as we know it, was first described in 1943; however, it wasn’t until the mid-1970s before the term gained greater acceptance and began being used more frequently. It is only in recent years that we have been able to get a glimpse into how this condition impacts the lives of adults and how it evolves as they age.

Before addressing autism-based symptoms, let’s take a moment to understand how it is subcategorized.

To further put this into context, the abilities to cope with change or to generate new ideas or solutions are all significantly impacted. Additionally, older individuals with ASD are inclined to extract rules from a given situation or demonstrate an affinity for structure more than younger individuals with the same diagnosis.

For example, older individuals with autism-related disorders are often very analytical, usually wanting to know the inner workings of things. Also, they tend to favor familiar routines over new tasks.

Who Is Affected by Autism-Related Disorders? 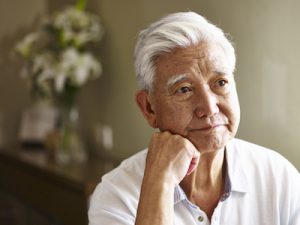 It is also important to note that some children will show signs that are indicative of the neurobehavioral condition shortly after they are born. In contrast, some children may not exhibit these symptoms until after the age of two. ASD spans all socioeconomic groups, races and ethnicities, but it is reportedly five times more common among males than females. According to the CDC (Centers for Disease Control), one in sixty-eight children has been diagnosed with a neurobehavioral condition of some kind, going back as far as 2014.


While ASD is a complex neurobehavioral condition, several symptoms are noticeable across the entire spectrum, and they include the following:

Life After Being Diagnosed With an Autism-Related Disorder


Although it may not seem possible, older adults who are autistic can lead a relatively normal life. In fact, in most cases, they outperform younger adults with the same neurobehavioral disorder on certain cognitive tests. To further illustrate this point, individuals who are autistic often do very well on tests measuring quick thinking while performing a given task.

Beyond that, they are very adept at processing visual and spatial information, which has been shown invaluable in developing strategies to cope with challenging situations. Coincidentally, these abilities also explain why many individuals are not diagnosed until much later in life.

It is important to note that individuals who are autistic also struggle with some of the mental health problems that are common among non-autistic individuals, like depression and anxiety. Additionally, autism-related features not only become more prominent but also increasingly severe with age. Because of that, autism-based problems may also increase one’s self-awareness.

Generally, self-awareness is a good thing in that it helps you realize your shortcomings and allows you to take steps toward self-improvement; however, for those who are struggling with an autism-based disorder, self-awareness can present new challenges as it forces them to acknowledge their shortcomings, which can make the disorder even worse.

In summation, an autism-based disorder is a life-altering condition. The first step toward managing the condition is first being diagnosed and then following a treatment recommended by your physician and mental health professional.

How Chronodiet’s Intermittent Fasting Can Help with Anti-Aging
Vitamin C and E, A Benefit for Aging Men’s Health