You are here: Home / Menopause / Hormones and Hysteria, Understanding the Link

The drop in hormones during menopause doesn’t just cause a woman’s ovaries to stop releasing an egg every month, which means she no longer menstruates.

Hormonal changes have many effects that have historically been misunderstood, leading to the mistreatment of menopausal and pre-menopausal women and leaving serious symptoms of mental illnesses overlooked and not diagnosed. An issue that was once labeled hysteria, the mental impact of menopause has rarely been given proper attention.

As it turns out, much of what we know about menopause may not be fact, to begin with. For example, western societies expect that women will experience hot flashes during menopause; however, that’s not universal. Japanese women experience shoulder pain, while women from India also report shoulder pain as a result of “the change.”

The various symptoms of menopause have led to a variety of treatment options. While Native Americans once treated the symptoms with a substance called black cohosh, modern American doctors might recommend a hysterectomy to remedy the side effects of menopause.

The manifestations of menopause were so often misunderstood that women were on the receiving end of dangerous remedies. Over the years, treatments have included drinking a carbonated soda mixture before meals and receiving injections of lead acetate to the vagina. Some of today’s most addictive drugs, opium and morphine among them, were prescribed to menopausal women.

There has been some progress, however. Since the 1930s, menopause has been recognized as the result of estrogen deficiency, and estrogen-replacement therapy has become one of the better-known treatment options. More effective hormone therapies have been invented since then and non-hormonal options are also available.

Hormones Affect the Mind, Too 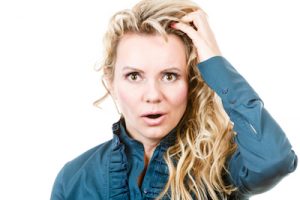 Modern research has also highlighted a connection between the hormone drop and mental health conditions such as schizophrenia and borderline personality disorder. At least one study has found a demonstrable second peak of schizophrenia onset within the general population, and this one mostly affects women. Another found a connection between “hysterical symptoms” and age, menopause and gender.

While some doctors may still miss the mental symptoms of menopause, others have researched the connection between menopause and mental disorders perhaps because of fragmentation between different medical fields. If an OB-GYN and a psychiatrist don’t compare notes, they may not realize the full extent of a woman’s symptoms. Education about this connection could explain why some women experience such drastic personality changes as menopause approaches; thus, it could help alleviate some of those symptoms.

Some researchers, mostly women, have focused on what’s being called “the estrogen hypothesis.” If changes in hormones can have such drastic effects during menopause, what about other hormonal fluctuations during a woman’s life? Most women understand the control that estrogen has during their menstrual cycles, but could PMS just be a milder example of menopause-induced psychosis?

Researchers have studied women with pre-existing psychotic disorders whose symptoms subsided when they were pregnant. Even the age of puberty affects when a woman might later experience psychosis.

Had historic doctors realized that changes in a woman’s body lead to mental disorders, they might have appreciated that these women weren’t simply “hysterical” candidates for being committed. Instead, they might have treated their illnesses. And if medical professionals keep in mind the differences in the manifestation of disorders in men and women, they might more easily recognize schizophrenia in menopausal women and treat them appropriately.

Researchers who choose to focus on these issues and educators who take up the mantle can ensure that more doctors understand the connection between hormones and mental conditions and that women receive appropriate care, finally allowing them some form of respite from their all-too-often overlooked symptoms.