You are here: Home / Menopause / How Your Menopause May Be Triggering Hearing Issues 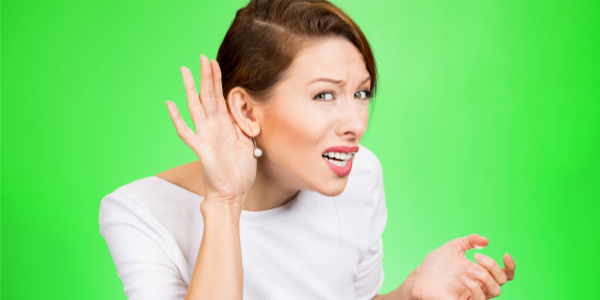 Women over 50 who are going through menopause have an increased risk of experiencing some type of issue with their hearing.

It is common for women to experience symptoms of hearing loss when they go through menopause. This condition has been studied by physicians and other medical professionals for a significant period of time. A link that could be the source of hearing issues with many women has been identified.

There are certain ways a woman can recognize she is having hearing issues:

It has been shown that women are less likely than men to have issues with their hearing. There is also research that suggests that women’s inner ears are protected when their estrogen levels are high. When a woman experiences menopause, her progesterone and estrogen levels often decrease significantly. 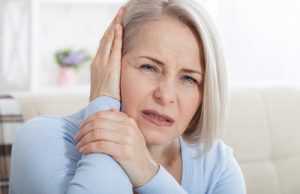 No direct connection has been established between menopause and tinnitus, though researchers have determined that tinnitus and menopause seem to occur around the same age in women. It has been established that many women report an increase in experiencing tinnitus that seems to be associated with the levels of their hormones. There is some evidence that HRT (hormone-replacement therapy) does increase cases of menopausal women experiencing tinnitus.

A study was conducted using data that involved over 80,000 women. The participants in the study were women ranging in age from 25 to 42. The study was started in 1989. Participants were asked to respond to a questionnaire every two years. The questionnaire asked about their lifestyle, diet and health outcomes that included any type of hearing loss. None of the participants had experienced any type of hearing issues prior to the start of the study. All of them would state when they reached menopause. The results show that approximately 24 percent of the study participants reported experiencing hearing loss.

Some studies have shown that women who have been given hormone therapy experience a little better hearing than women who have not had hormone therapy. Hormone therapy has been shown to have a positive effect on postmenopausal women’s auditory brain stream response. Hormone therapy seems to increase the conduction of auditory pathways to a woman’s thalamus and brain stem. The addition of progestin to estrogen provided no negative effect. There have also been reports of hormone therapy causing a decrease in hearing abilities in older women. It has impacted a woman’s central and peripheral auditory systems. This resulted in problems with the perception of background noises as well as speech.

Some studies show that if a woman uses hormone-replacement therapies for an extended period of time, it will have a negative effect on her hearing. The longer a woman uses hormone therapy medication, the higher their risk of experiencing hearing issues.

A menopausal woman needs to be aware of estrogen’s role in her hearing. She should be well-informed about the benefits and risks associated with hormone-replacement therapy. It is the menopausal woman who will ultimately make the decision if this type of therapy is right for her.