You are here: Home / Healthy Aging / Improving Lung Capacity as You Age

Age can have a negative effect on lung capacity. Like many bodily systems and functions, the lungs reach peak maturity at a relatively early age and then gradually decline.

Physicians and scientific researchers opine that human lungs attain peak performance between the ages of 20 and 25. After roughly age 25, lung function diminishes but at a slight and gradual pace.

There are several systemic occurrences medical professionals believe are the cause for decreasing lung capability, as people grow older. In many instances, these changes are subtle and can be attributed to the natural aging process and include the following: 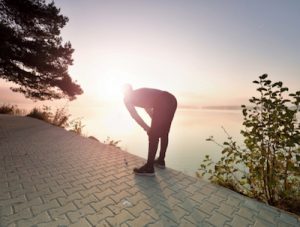 When to Be Concerned?

Doctors suggest that lung function will gradually decrease, ever so slightly, once a person reaches the age of 35. However, they also caution individuals to seek prompt medical attention if they experience any sudden or severe breathing difficulties.

Fortunately, people may be able to stem the tide of lung aging and keep these vital organs relatively healthy by adhering to certain practices:

Chondroitin for Aging Joint and Cartilage Health
Hormonal Imbalances, a Cause of Peripheral Neuropathy