Menopause is linked to several problems women face, as they get older. However, some of these are more serious than others and deserve more attention. Did you know, for instance, it can bring about a rapid decline in lung function? This prevents both of the lungs from working properly. In addition, other issues such as systemic inflammation and osteoporosis are believed to be brought on by this stage of a woman’s life. These issues are considered to be leading causes for problems involving the lungs. Here’s how these conditions negatively impact lung function.

Systemic Inflammation and the Lungs

No matter how you look at it, systemic inflammation is bad news. With this, the lungs become inflamed, which only serves to weaken their ability to function. Hormonal changes that take place in a woman’s body during the menopausal transition play a major role in the onset of systemic inflammation. In fact, this condition is tied in with other lung issues, as well. For example, systemic inflammation is often experienced by those with asthma or chronic obstructive pulmonary disease. Studies indicate the body’s respiratory functioning is important and shouldn’t just be taken into consideration before any problem occurs. In other words, special care should be taken to nurture the respiratory system long after a woman has reached this stage. Since lung failure occurs at an even faster rate for smokers, it’d be wise for them to take extra precautions before menopausal symptoms comes knocking at their doors.

How Menopause Leads to Osteoporosis 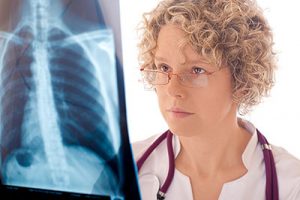 A decrease in estrogen levels is believed to bring on osteoporosis. Why does this matter? The condition leads to hormonal changes that are shown to substantially decrease the chest vertebrae’s size. This is said to have an effect on how much air can be inhaled. For this reason, you may begin to find certain, simple tasks to be unreasonably difficult and downright exhausting. Shortness of breath, a symptom that’s typically found in women of menopausal age, may be experienced.

In one study, the forced vital capacity was closely examined. The breath being inhaled and exhaled was measured for one second. An individual, who smoked twenty cigarettes a day for ten years, will possess the same breathing capacity. As for the forced expiratory volume, a woman of menopausal age will exhale the same as someone, who smoked twenty cigarettes daily for two years. If you often find that you’re short of breath, you may very well be dealing with the undesirable changes this transition usually brings with it. If that’s the case, you’re likely to notice that you’re not quite as resilient as you used to be. Struggling to do activities you normally enjoy is a tell-tale sign.

It’s true that there’s a correlation between the two. If you’re a woman, who has made the transition, it’s important for you to be aware of this. You’ll be able to talk to your doctor about any issue you encounter with your own lungs or breathing before it gets out of hand. Maybe he can tell you what steps you should be taking to minimize potential discomfort.