You are here: Home / Uncategorized / New Study Links Insulin Resistance to a Higher Risk of Depression 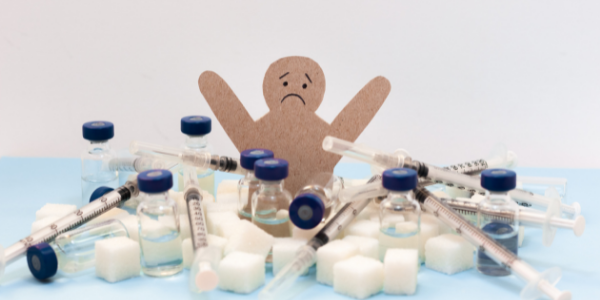 Insulin resistance arises from cells’ lack of response to insulin and resulting inability to use glucose from the blood for energy. When the pancreas cannot satisfy the body’s insulin needs, blood sugar levels remain high, resulting in weight gain and the possibility of Type 2 diabetes. According to Stanford medicine researchers, insulin resistance has been related to an increased chance of developing a major depressive disorder.

When a person’s body develops a tolerance for the hormone, making it less effective, this condition is known as insulin resistance. As a result, more insulin is required to encourage fat and muscle cells to absorb glucose and the liver to keep storing it. The pancreatic cells that produce insulin may wear out as the resistance worsens. The pancreas eventually stops producing enough insulin, causing blood sugar levels to increase. Insulin resistance is one of the risk factors for Type 2 diabetes and prediabetes. It’s still a mystery why some people don’t respond to insulin adequately. However, there are techniques to make the body more responsive to insulin, which can assist people with Type 1 diabetes regulate their blood sugar and avoid Type 2 diabetes. 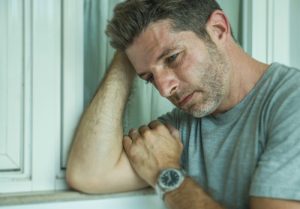 MDD is characterized by persistent sadness, low self-esteem, sensitivity to rejection and a loss of interest in typically pleasurable activities for at least two weeks or more. This condition can be triggered by childhood trauma, particular medications, drug use or certain medical conditions. Although there is no cure for depression, there are a variety of therapies available to help manage the symptoms.

According to data from the Netherlands Study of Depression and Anxiety, those who developed prediabetes during the first two years of the study were twice more likely to have severe depression at the nine-year follow-up than those who had normal plasma glucose levels at the two-year mark. Similarly, according to the study, every five-centimeter rise in abdominal fat was linked to an 11-percent increase in the risk of depression. According to studies, at least one out of every three people has insulin resistance and is often unaware of it. Dr. Rasgon of Stanford School of Medicine estimates that 40 percent of individuals with mood disorders are insulin-resistant.

Even if you’ve never had depression before, if you are insulin-resistant, your chance of getting major depressive disorder is twice that of someone who isn’t insulin-resistant. This observation is based on Natalie Rasgon’s research. According to Rasgon, people with diabetes can benefit from having their mood disorders examined. In contrast, those with depression can benefit from having their metabolic health screened.

Several studies have found a connection between depression and diabetes, although the mechanical linkages between the two illnesses are still being explored. You can combat insulin resistance in several ways. For instance, you can improve your blood sugar management and health by losing weight, exercising more or taking insulin-sensitizing medicine. When you battle insulin resistance, you will also be taking care of your mental health.