You are here: Home / Healthy Aging / Retirement Age and the Impact on Men’s Mental Health

Most people who work, seek to one day retire. For men, however, there may be challenges, as retirement can have a negative impact on men’s mental health.

The age at which retirement occurs can have a significant impact on men’s mental health, and it is important for all men to keep this in mind when they begin to plan their retirement. Thankfully, there are things that men can do in order to avoid any negative impacts.

Numerous studies have examined the impact of retirement on men’s mental health. The results have shown that retired men may have higher rates of mental illness.

It is possible that results will change from country to country, and that people who live in different places will have different reactions to retirement. Furthermore, it is also likely that people with varying dispositions will react differently to retirement, but it appears that more research is needed to determine what personality traits make someone predisposed to certain reactions and how to better prepare people for mental health issues that may emerge from retirement.

However, there is clear evidence to suggest that retirees have a greater risk of mental illness. 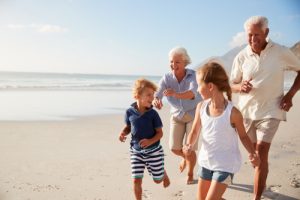 Tips for Men during Retirement

While retirement can potentially have a negative impact on men’s mental health, there are plenty of things that a man can do in order to keep his mind sharp, active and healthy during retirement.

Generally speaking, researchers recommend that men do not turn retirement into a 24/7 visit to their beds and bedrooms. Staying engaged can make retired men healthier, happier and more satisfied.

As such, many of the tips for men to maintain their mental health after retirement include specific ways to be involved in their community. These include: