You are here: Home / Andropause / The Impact of Lignans on Men’s Aging Health

If you’re a middle-aged man and you’re looking for ways to improve your health, you may want to consider adding lignans to your diet. Lignans are chemical compounds known as phytoestrogens, which work to improve brain function, sexual health, and arterial health. Also, preliminary studies have shown that this dietary supplement may be beneficial in fighting cancer and heart disease and improving bone density. Those who have taken this supplement commonly found in flax seeds have credited it with improving their overall health, which is not too surprising given its many benefits.

Many of the foods that contain phytoestrogens offer protection against cardiovascular disease and breast cancer. And yes, men can be diagnosed with breast cancer. Podophyllotoxin, a modified version of phytoestrogens, has been used effectively in chemotherapy treatments for those diagnosed with lung cancer. As far as protection against cardiovascular disease, a Harvard research study found that those who ate berries containing the compound were able to reduce their chances of a heart attack by as much as 33 percent. 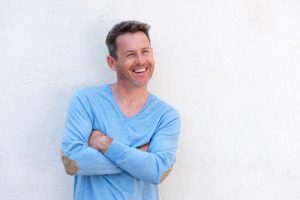 Along with its many other benefits, lignans have been linked to improved sexual health. Men who added flaxseed-based lignan to their diets were reportedly more fertile and had a libido that surpassed that of those who did not take the supplement. Also, men who consistently added flaxseeds to their diet saw an improvement in their prostate health. So how does lignan work when it comes to men’s sexual health? Well, without delving too deep into the mechanics of it all, it has a lot to do with the flaxseed’s high content of fatty acids, omega 3 and 6.

How Phytoestrogens May Help Those With Colon Cancer

Although not yet conclusive, a Dutch case study has shown that a diet rich in phytoestrogens, namely flaxseeds, may help reduce the risk for colorectal adenomas, an early indicator of colorectal cancer. The data also showed that flaxseeds and other phytoestrogens may be able to provide protection against tumors affecting the skin, colon, liver and other organs. Again, it must be stressed that these findings are not conclusive and additional research will be required to confirm these claims. Nonetheless, the findings, so far, look very promising.