You are here: Home / Andropause / The Link Between Folic Acid and Erectile Dysfunction

Erectile dysfunction, ED, is defined as any issue that causes a man to have difficulty obtaining and keeping an erection. Age is typically seen as the main factor of ED; however, there are a variety of other causes. Diabetes, hypertension, obesity and others have been linked to ED. According to researchers from Italy, folic acid can also play a role in ED.

How Does Folic Acid Affect ED?

The truth is, folic acid doesn’t cause ED; a lack of the acid is what causes the disorder. According to older studies, having little to none of this acid in the body can lead to hyperhomocysteinemia, which is a high level of the amino acid homocysteine in the blood. Hyperhomocysteinemia can then lead to ED.

The new study consisted of studying 31 men, all who had ED. The study determined that these men all had low levels of folic acid in their bodies. In addition, those with the lowest levels showed significantly more severe cases of ED.

Other studies have previously found other relations with the acid. For example, one study found that people who were suffering from diabetes could see positive reactions when adding the acid to their list of supplements.

What is Folic Acid? 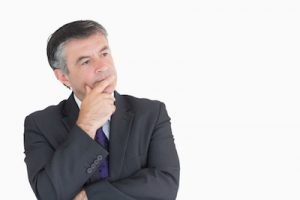 Also known as folate, it is a vitamin. It is categorized as a B vitamin and can be found in a variety of different supplements. In fact, people who take a multivitamin are likely already consuming it.

The vitamin is essential in producing and maintaining cells, meaning it helps cells from undergoing radical changes. In addition to its cancer-preventing abilities, it is also frequently consumed by pregnant women. In fact, it is essential in the fertility of both sexes.

Folate can assist in preventing many other diseases. The chance of heart disease, stroke and cancer are all significantly reduced for individuals who consume folate on a normal basis.

The Signs of Folate Deficiency

If you believe your ED is caused by a folate deficiency, there will be other accompanying symptoms. You may have Crohn’s disease or celiac disease. Depression, diarrhea, confusion, anemia, and glossitis are some of the other problems that come along with folate deficiency.

Those who have a folate deficiency likely do not consume enough vegetables. Another solution to dealing with the deficiency is by adding a folate-rich vitamin to your supplement regimen.

Further studies will have to be conducted before the link between folate and ED is fully understood. However, one thing is for certain: folate deficiency does in fact play a role in ED.

If you choose to take a folate vitamin, you should make sure that iron and B12 are also present in the vitamin. These three nutrients depend on one another, and they must remain balanced in the body for peak performance.