You are here: Home / Healthy Aging / Are Memory Issues a Result of MS Symptoms, Aging or Something Else?

Although it can mimic other cognitive disorders, memory loss in multiple sclerosis has its own causes.

Multiple sclerosis patients face many challenging symptoms, one of which may be memory loss. Early accounts of cognitive impairment in MS patients have been mixed over the years. This discrepancy probably occurred because most neurologists didn’t ask their MS patients about their mental decline, and those who did used inconsistent ways to measure cognitive function.

Today, we know that MS lesions on the brain can interrupt neural pathways involved in the memory process. However, forgetfulness can be caused by several other factors, including aging, certain medications, dementia, anxiety, depression, or even sleep problems. Knowing this can lead the way to other treatment options, so if you are a MS patient, discuss your symptoms freely with your doctor.

Forgetfulness becomes a common complaint as we age. Some information that should be stored in your short-term memory doesn’t come to mind, such as the correct name for everyday objects, where you put your car keys, or remembering to pick up something on the way home. This happens because the physiological changes brought on by age can cause malfunctions in the brain’s memory processing. It might take you longer to learn and recall new information.

Simply put, you just aren’t as quick as you used to be. The slowing of mental processing associated with getting older is sometimes mistaken for true memory loss. Although these memory lapses are frustrating, they’re not really a cause for concern. Memory changes caused by aging aren’t the same thing as dementia or Alzheimer’s, and with time, information in the short-term memory returns with age-related forgetfulness. 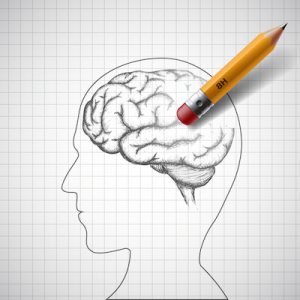 Memory loss is one of several cognitive symptoms that can affect people with MS. About half of all MS patients will experience cognitive problems at some point, and these include memory loss. They are relatively mild for most and can fluctuate from day to day or during specific times of the day. Most memory problems seen in MS patients involve forgetting something you’ve been told, recalling recent events, or forgetting about a planned activity. You may not even be aware of these symptoms in the beginning and wonder why people become irritated with you.

After you realize there’s a problem, you may wonder what to do about it. Rest assured that you aren’t likely to suffer complete memory loss. The problem will stay the same for years and worsen over a long period. However, you and your doctor should rule out other factors related to memory loss such as loss of sleep, anxiety and depression. Now you can make a plan to combat your forgetfulness.

Memory loss can affect your confidence, making you more reluctant to start a conversation. Repeating actions or forgetting to do something can cause embarrassment.

It’s a good idea to alert friends, family and co-workers of your problem so that you can gain their support. You can also borrow some tips and tricks that well-organized people use. Their organizational skills aren’t necessarily due to excellent memory. They’ve simply developed a system, and so can you.

Although you can do a lot to help your MS-related memory loss, it can also help to discuss the problem with an MS nurse or a neurologist. They can refer you to other healthcare professionals for help such as a psychologist, occupational therapist or speech-language pathologist.