You are here: Home / Healthy Aging / Health Risks of Ibuprofen You Need to Know

Because Ibuprofen is such a popular over-the-counter painkiller, most people assume it carries few side effects or potential health risks. The truth, however, is that it and other popular non-steroidal anti-inflammatory drugs (NSAIDS), which also frequently contain aspirin or acetaminophen, have been linked to several serious health conditions.

Although NSAIDS are generally safe for occasional use, taking them frequently or continuously for an extended period can leave you at a higher risk of developing heart disease, kidney disease and hearing loss, among other conditions. Here are some of the notable health risks associated with the use of NSAIDS.

It was already suspected that certain NSAIDS might be linked to serious heart conditions, but a recent study conducted by researchers from Canada, Finland and Germany found that all NSAIDS are linked to increased heart attack risk. The researchers concluded that even moderate doses taken over short intervals of 8 to 30 days will increase a subject’s risk of suffering a heart attack. This is thought to be primarily because NSAIDS elevate the body’s blood pressure, which is known to be a contributing factor in all varieties of heart disease.

Another recent study performed by the American Journal of Advanced Epidemiology found that women who took ibuprofen or acetaminophen more than twice a week suffered varying degrees of hearing loss over a period of 14 years. These NSAIDS negatively impact hearing ability because, in the process of reducing pain and inflammation, they also restrict blood flow to the inner ear’s cochlear, putting it under excess strain and forcing it to work harder than normally.

High doses of NSAIDS can also be detrimental to the health of your kidneys. The National Kidney Foundation reported in 2018 that approximately three to five percent of new kidney failure cases were caused primarily by the overuse of non-prescription painkillers and that number is likely to continue to rise. Safe, recommended doses of NSAIDS shouldn’t cause any harm to your kidneys, although if you have low kidney function, it is unwise to use any over-the-counter pain medication without first consulting your general practitioner.

The elevated blood pressure levels caused by NSAIDS don’t only increase heart attack risk; high blood pressure has also been linked to an elevated risk of a stroke. With this in mind, it’s no surprise that an excessive use of NSAIDS is also associated with strokes. Although the chances of a stroke become greater in cases of prolonged use, even short-term usage of NSAIDS can increase your overall risk. 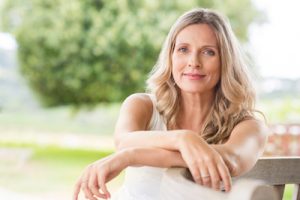 What all of these health hazards have in common is that the chances of developing them increase when NSAIDS are used for longer periods of time or taken at higher doses. Occasional use isn’t necessarily a cause for concern, but risks can be further reduced by relying on alternative methods of pain relief whenever possible. Here are a few of the best alternatives:

Magnesium is excellent for relieving pain related to migraines or muscles spasms, but many people don’t get enough magnesium in their diet. Taking a daily magnesium supplement can help with chronic pain and eliminate the need to turn to over-the-counter medications.

Salicin, which is found in white willow bark, becomes salicylic acid (aspirin’s main component) in the stomach, making it an effective painkiller. White willow bark is usually taken as a tincture and the suggested dose is one to two dropperfuls per day.

Even basic mindfulness meditation can help relieve chronic pain by changing the ways in which we experience pain. Various studies have shown that patients suffering chronic pain report lower pain levels, as well as decreased anxiety, if they practice daily meditation.

7 Helpful Tips to Breathe Easier
The Diabetic Benefits of Cinnamon