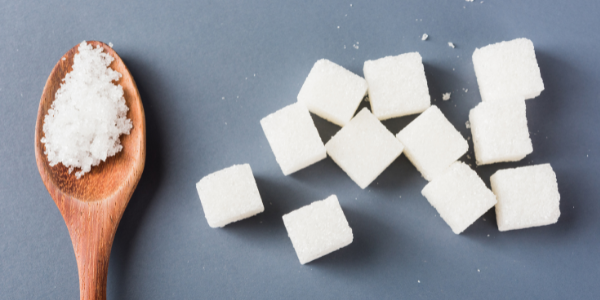 Every cell in your body, including your brain cells, requires energy to function. Your body gets this energy from the food you eat. Most of the time, your body breaks down carbohydrates into glucose and sends that into the bloodstream. If not enough carbs are available for immediate use, your liver can store glucose as glycogen and release it when needed.

If sugar intake is consistently high and there isn’t enough insulin to meet cellular demand, you end up with chronically elevated blood sugar levels—a condition known as hyperglycemia. Hyperglycemia affects every cell in the body by interfering with protein kinase enzymes, which play important roles in many pathways such as cell growth, apoptosis (cell death), inflammation and insulin action.

While hyperglycemia poses several health risks like obesity, type 2 diabetes, atherosclerosis (hardening of the arteries), heart disease, hypertension (high blood pressure), stroke and many others, recent research has shown that it can also contribute to the development of Alzheimer’s disease.

Sugar is not only metabolized in the muscles and fat cells but also the brain. When the brain uses glucose, it generates adenosine triphosphate (ATP), which powers many functions of neurons. The more active your neurons are, the more energy they require to function properly. Neurons that frequently fire can’t store enough ATP, so they swell up. Eventually, this leads to neurotransmitter release, which results in neuronal dysfunction and other problems associated with Alzheimer’s disease. 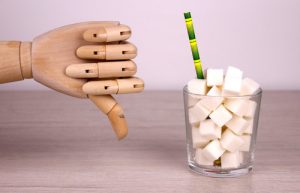 High levels of insulin resistance have been correlated with poor memory recall, impaired cognitive functioning or even disorders like autism. When sugar is not fuel for the brain, it can bind to proteins called advanced glycation end products (AGEs).

3. May Affect the Hippocampus

The hippocampus is an area of the brain that plays a vital role in converting short-term memories into long-term memories and helps in spatial navigation (the ability to find your way around). Studies show that insulin receptors are located throughout the hippocampal regions and influence certain enzymes involved in neurotransmitter (brain chemical messenger) release, such as acetylcholine. Researchers postulate that chronic hyperinsulinemia can result in hippocampal insulin resistance, which leads to an increased risk of cognitive impairment.

Alzheimer’s disease is characterized by the formation of amyloid plaques between neurons. These plaques are created when beta-amyloid proteins aggregate with other proteins and form clumps that interfere with brain function. Researchers have found that insulin receptors are located on neurons near amyloid plaque deposits, indicating a potential association between high sugar intake, high insulin levels and increased risk for Alzheimer’s disease.

Autophagy is the breaking down of cellular components that would otherwise be trash to use as fuel. Autophagy occurs naturally after a cell has been damaged or stressed out. Insulin plays an important role in this process by triggering autophagosome formation. However, high levels of insulin resistance have also been shown to reduce autophagy, which affects the brain’s ability to remove beta-amyloid plaques.

Since mitochondria are extremely sensitive to oxidative damage, researchers believe that a reduced rate of autophagy can lead to increased oxidative stress, which damages cells. This may ultimately result in neuronal degeneration and apoptosis (cell death), characteristic features of Alzheimer’s disease.

Multiple studies have linked high sugar intake, or consistently consuming large amounts of sugar, to an increased risk for developing Alzheimer’s disease. The exact mechanism for why the disease develops is not fully understood. Still, it is known that chronically elevated insulin levels can contribute to numerous health problems such as obesity, Type 2 diabetes, atherosclerosis (hardening of the arteries), heart disease and hypertension (high blood pressure). Meanwhile, excessive sugar intake may affect long-term memory and spatial navigation by depleting energy in neurons and triggering the formation of amyloid plaques which interfere with neurotransmitter release and brain function.