You are here: Home / Healthy Aging / Cutting Back on Sugar as We Age: A Guide to Natural Sweetener Substitutes 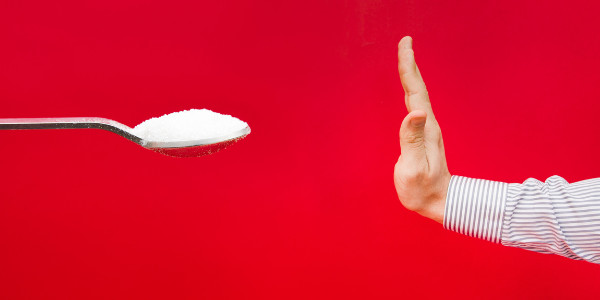 The American Heart Association recommends limiting daily sugar consumption to no more than six teaspoons for women and nine teaspoons for men, but most people eat at least three times the recommended amounts. In fact, a single 12-ounce can of soda contains over nine teaspoons of sugar just by itself. Eliminating soda and using natural sweetener substitutes will allow you to keep your sugar intake as low as you should.

Face It: Sugar and Aging

When you consume sugar, it forms compounds called AGEs, which stands for advanced glycation end products. These AGEs do just what their name suggests: They cause changes in your skin that can make it look older than its time. They do this by linking up with collagen and elastin, two important fibers involved in the skin’s support system. Young skin looks plump, dewy, smooth and lush because it’s rich in normal levels of collagen and elastin. AGEs react with these fibers, causing them to become brittle instead of soft and malleable. This results in wrinkles, sagging and discoloration, such as the brown spots appropriately known as age spots. However, maybe they could be more accurately called AGEs spots.

AGEs also create systemic inflammation, setting the stage for diabetes, hormonal disturbances, dementia, heart disease and autoimmune diseases. Perhaps now sugar doesn’t sound as sweet as it once did. However, there are some natural sugar substitutes available that can offer the sweet taste of sugar without its risks. 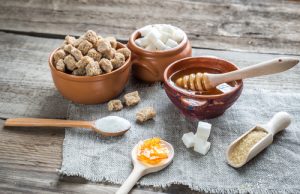 Some sugar substitutes that people think are natural, healthy options really aren’t that healthy. These include honey, agave syrup, fructose, maple syrup, molasses, date sugar and coconut sugar. Although some of these may offer marginal nutrients when compared to sucrose, they’re metabolized by the body in much the same way sugar is. All cause blood glucose to spike and promote unhealthy blood sugar swings. A healthy diet is one that contributes to a steady blood sugar level throughout the day. The more sugar is consumed, the more the body must release insulin to metabolize it. This may be linked to insulin resistance, a precursor condition to Type 2 diabetes. Insulin also encourages the storage of fat.

Xylitol’s taste is very close to that of sugar, with little to no fake quality or aftertaste. It belongs to a class of natural sweetener substitutes called sugar alcohols derived from a wide variety of plant sources. Xylitol is about one-third fewer calories than sucrose so roughly 10 calories per teaspoon. While xylitol doesn’t raise blood sugar or promote tooth decay, it can cause digestive upset and diarrhea if consumed in excess. Warning to pet owners: Xylitol is highly toxic to dogs and cats.

This South American plant isn’t as well known among natural sweetener substitutes, but it’s recently become popular as a weight loss supplement. It has the added health benefit of being high in fructooligosaccharides, a special type of fiber providing food for friendly intestinal bacteria. These special fibers are found in many foods, like avocados, bananas and chicory root. These fibers are known as prebiotics. Yacon’s taste is similar to caramel or perhaps molasses. Yacon syrup is delicious in coffee, tea, oatmeal, yogurt, pancakes and waffles and drizzled over toast. Use it like honey, molasses or maple syrup but without their sugar content. However, high amounts of yacon can cause digestive upset, so you must limit your intake.

Monk fruit is native to Southeast Asia and yields an extract free of calories and carbohydrates that contains an antioxidant known as mogroside. Like all antioxidants, this compound fights cell damage and inflammation. When purchasing monk fruit extract sweetener, be careful to read labels. It’s often combined with unwanted sugars. Except for the rare case of allergy, monk fruit has no known negative side effects. Although it’s up to 200 times sweeter than sugar, it contains no calories and is safe for diabetics and even for use during pregnancy.

With a little effort, you can use natural sweetener substitutes to satisfy your sweet tooth without the health risks of traditional sugary sweeteners.

Food Intolerances: Why They Occur With Age and How to Overcome Them
The Anti-Aging Benefits of Aloe