You are here: Home / Healthy Aging / How to Slow Down Aging with Ginger 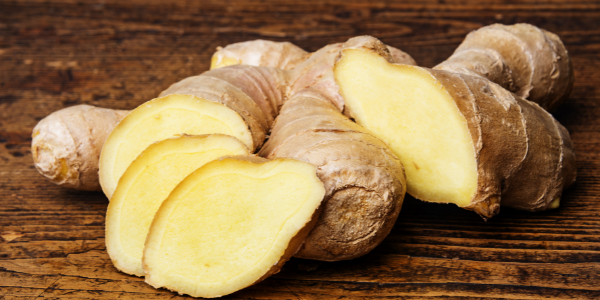 Ginger has numerous health benefits, but it can also help you slow down the aging process.

Ginger is a powerful spice that can help slow down the aging process. It has been used for centuries to treat various nausea, stomachaches and headaches. Ginger also helps with inflammation and arthritis pain. Ginger’s anti-inflammatory properties may partly be due to its ability to inhibit tumor necrosis factor (TNF), an inflammatory cytokine that promotes chronic inflammation when overproduced in the body. Here are the anti-aging benefits of ginger.

1. Ginger Is an Age-Defying Antioxidant

It contains many compounds that can protect cells from free-radical damage, leading to accelerated aging. Some of the antioxidants found in ginger include gingerol, beta-carotene, vitamin C, zinc and selenium. Studies have shown that people who consume high dietary antioxidants experience a lower mortality rate.

2. It Can Remove Dangerous Toxins From the Body

It contains many compounds that help promote the healthy functioning of organs such as the liver and kidneys. Some of ginger’s beneficial compounds for organ health include the following:

It promotes good digestion by stimulating hydrochloric acid production. This process is necessary for breaking down food into usable nutrients that the body can properly assimilate. The root also stimulates saliva production, eliminating toxic material from our mouth and aiding the digestive process. For example, ginger helps break down the amino acids in meat so that our body can easily absorb them. 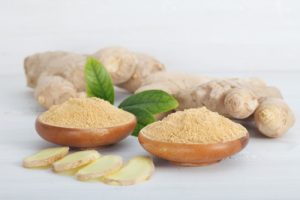 Ginger contains several compounds that have been shown to inhibit cancers such as ovarian, breast and bladder cancers. Some compounds that help fight cancer include gingerol, parasols and shogaols. This is most likely due to ginger’s ability to promote apoptosis in cancer cells. Apoptosis is a natural process of cell death that can help prevent the spread of tumors.

5. It Is a Powerful Anti-inflammatory

Ginger’s anti-inflammatory properties may partly be due to its ability to inhibit tumor necrosis factor (TNF), an inflammatory cytokine that promotes chronic inflammation when overproduced in the body. In a clinical study, the researchers examined the effects of the root on exercise-induced muscle pain in highly active male students. Subjects who received the root showed a significant decrease in muscle pain during exercise.

6. It Is Able to Boost the Immune System

It contains beta-cryptoxanthin, a powerful immune system booster that stimulates the production of white blood cells. These are the cells that help fight off infection and disease. It also contains a compound known as shogaol, which has been shown to have the ability to stimulate the immune system in mice.

7. It Helps Fight Depression and Pain

It contains a powerful compound called gingerol, which has produced antidepressant effects in mice. This compound may be responsible for the anti-inflammatory benefits of the root because inflammation can cause depression in some people. Studies have also shown that ginger can be used as a natural pain reliever, making it an effective herbal remedy for arthritis and fibromyalgia. 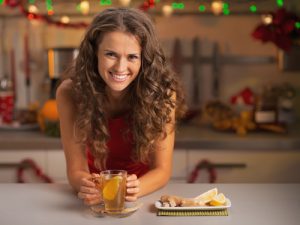 It helps ease menopause symptoms by reducing anxiety and depression, improving mood and regulating metabolism. These symptoms are often caused by insufficient estrogen production, making ginger an effective natural remedy for women going through menopause. Ginger contains phytoestrogens that can bind to the estrogen receptor sites in the body.

The root’s ability to regulate metabolism has made it an effective herbal remedy for diabetes. Moreover, ginger’s anti-inflammatory benefits help decrease insulin resistance by preventing the accumulation of harmful abdominal fat cells. A clinical study on patients with metabolic syndrome was conducted to determine ginger’s effects on glucose tolerance and lipid profiles. The results showed that the root positively affected glucose tolerance and lipid profiles.

10. It Is an Effective Antiemetic

This root can help stop nausea and vomiting because it inhibits serotonin production in the brainstem. This part of the brain controls visceral sensations associated with vomiting, making ginger a natural remedy for food poisoning or morning sickness. In a clinical study, it was an effective antiemetic for patients who were given chemotherapy.

While there are many types of ginger, including organic, wild and dwarf, both dehydrated and raw ginger contains the same anti-inflammatory compounds. While adding it to food is the best way to get these anti-inflammatory benefits, capsules of the root extract are available if you want an added boost. However, make sure to take ginger in moderation because too much can cause heartburn and nausea.