You are here: Home / Healthy Aging / Melatonin as an Antioxidant: What It Means for Your Health

For those who may not be familiar with melatonin, it is a hormone in the body that promotes sleep. The body produces more of this hormone at night and less during the day, which helps explain why many people feel more tired at night. That said, it is important to note that the body’s ability to produce this hormone starts to decline as we get older.

How Does Melatonin Contribute to Better Health?

In addition to a decline in melatonin, many older adults also have to contend with a weak immune system, which means that they are usually more susceptible to infections and illnesses. According to a study, taking melatonin supplements may help resolve both of these problems. For those who are familiar with how melatonin works in the body, this news may not be entirely surprising as melatonin is a hormone that contributes to a myriad of bodily functions, some of which include regulating the function of fat cells, regulating the body’s circadian rhythm and improving digestive health.

Until recently, most scientists and researchers did not understand the extent to which this hormone positively impacted the body. Today, multiple studies show that various organs in the body contain melatonin-receiving cells, such as the kidneys, intestines, heart and liver, which perform better when they interact with melatonin. Therefore, it stands to reason that the hormone, whether produced naturally in the body or derived from supplements, would contribute to better overall health. That said, research into how melatonin strengthens the immune system to help fight off illnesses, infections and disease is still ongoing.

Melatonin and the Immune System 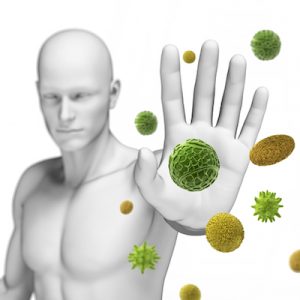 Along with regulating sleep and improving the health of numerous organs in the body, melatonin acts as an antioxidant. Although it is well-established that antioxidants can help combat the free radicals known to cause disease, researchers and scientists theorize that the antioxidant properties in this hormone also work in conjunction with the immune system to facilitate the release of cytokines, proteins that protect against a wide range of diseases and infections. This information helps shed light on why older adults are more susceptible to illnesses than their younger counterparts. As we age, especially as we get over the age of 60, we not only produce less melatonin needed to regulate sleep but also fewer cytokines that would otherwise keep us healthy.

How Low Melatonin Levels Can Impact the Health of Older Adults

Low melatonin levels can have a profound impact on anyone’s health; however, this can present unique challenges for older adults. Several studies show that older adults who are sleep-deprived and simultaneously struggling with low melatonin levels are more likely to develop long-lasting infections that can significantly compromise their health.

Fortunately, there are a few things that these adults can do to boost melatonin production naturally:

Taking supplements that contain melatonin is yet another great way to make up for a deficiency in this hormone. Best of all, they are readily available at most major supermarkets and nutritional supplement stores.

If you’re an older adult who happens to be a fan of coffee and soda, it would be in your best interest to only consume these beverages in moderation. After all, the caffeine in these drinks acts as a stimulant, which means that they can make it difficult to fall asleep. Furthermore, caffeine contains properties that have been shown to suppress the body’s natural ability to produce melatonin.

If you’re an older adult struggling with recurring infections or illnesses, there is a good chance that these health problems are the result of a melatonin deficiency. That said, following some of the tips outlined in this article may help improve your health and also provide you with better sleep quality.