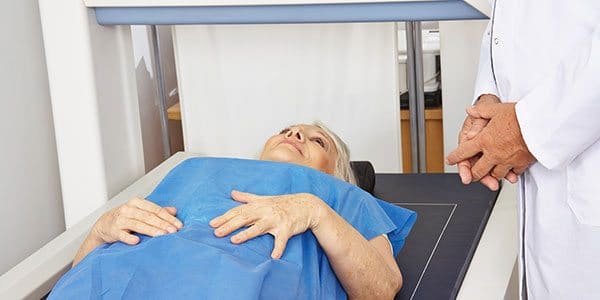 Many people have heard of melatonin as the hormone that helps promote healthy sleep/wake cycles and thus, help people sleep better. Scientists have learned that sleeping isn’t the only benefit though, melatonin might also help increase bone density. 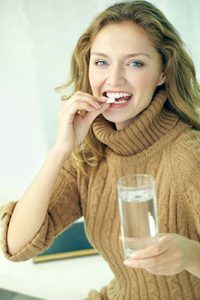 The hormone, melatonin, is secreted mostly by the pineal gland, a tiny gland at the base of the brain. Identified only in 1958, it has been shown to synchronize the secretion of other hormones and help control sleepiness and wakefulness, blood pressure, the immune system and other bodily processes. The pineal hormone also has antioxidant properties, which means it protects cells and DNA from damage from free radical oxygen molecules. Now some studies suggest that it can support bone health.

A study conducted in 2017 showed that the hormone not only helped the release of other hormones but regulated a protein called osterix. This protein helps the body build osteoblasts, which help make new bone cells. People who were sleep deprived because of sleep apnea or nightshift work not only have low levels of melatonin but were also at higher risk of a condition called osteoporosis. In osteoporosis, the bones become less dense and become subject to fractures. It is a common condition of older women, especially women who work night shifts or swing shifts and are not allowed to sleep at night. The pineal gland releases the hormone at night.

In another study, a group of women who were suffering from osteopenia, a milder form of osteoporosis, were given the hormone or a placebo. They either took 1 or 3 milligrams of the hormone every night over the course of a year. All of the participants saw at least some increase in their bone density somewhere in their body. They also excreted less calcium in their urine. 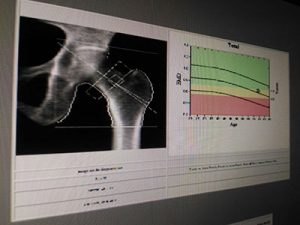 The pineal gland hormone also seems to help fuse the jawbone to titanium posts in dental implants and plays a large part in tooth formation and bone remolding. Bone remolding is a natural process where bone is constantly demineralized and replaced. The pineal hormone has been shown to support this through its action on several hormones, including estrogen, calcitonin and estriadol. It also regulates the action of osteoclasts, which absorb old bone so that new osteoblasts can replace them. These osteoclasts create a great many free radical molecules as they do this. The pineal gland hormone clears up these free radicals and protects the bone cells from damage.

The pineal hormone also helps to repair bones. Bones that are damaged due to injury or disease are also subject to attack from free radicals, especially during the initial inflammatory phase. The pineal hormone scavenges the free radicals to prevent further damage. As the bone repairs itself the hormone stimulates the body to create osteoblasts a well as new blood vessels to help nourish the bone.

Though there are drugs on the market to help osteoporosis, they tend to be expensive and/or have troubling side effects when they are taken for a long time. The pineal hormone melatonin, however, is not expensive to take and does not have severe side effects. Ideally a balanced fast and slow-release combination formula can provide the body a natural and effective supply of the hormone to aid in overall health effects and proper sleep.