You are here: Home / Healthy Aging / Movement Disorders and The Influence on Sleep

Nothing feels better than a good night of rest. However, as the body begins to age, slumber becomes difficult for many. Older adults still require the same amount of rest that everyone else does; it’s just that it becomes problematic due to many medical conditions. 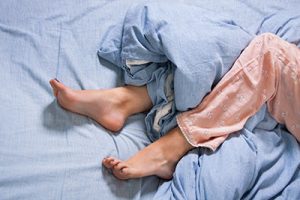 Early to bed and early to rise seems to be the common trend in older folks, but medications, medical problems, and other issues make getting the proper amount of rest impossible. If you awaken in the morning feeling just as tired as when you went to bed, chances are there is an underlying problem.

For many older individuals, a lack of proper sleep can be due to a variety of issues such as fluctuation hormones, but it can also be a result of sleep movement disorders. These conditions affect your quality of rest and thus hinder one’s well-being, and in some cases, these medical issues can have a dangerous effect. Here are some common issues that can keep you from getting the rest you need.

Symptoms of this disorder range from uncomfortable tingling to “creepy crawly” sensations in the arms and legs. Though these problems can occur anytime, they are most noticeable when the body is at rest.

Restless legs are a neurological disorder that affects an estimated 10 percent of the population. Though the severity waxes and wanes, it can be mild or completely intolerable. It’s no wonder this condition causes an insufficient amount of rest.

Treating restless legs is a trial and error approach as the levels of dopamine in the system are to blame for this condition. By balancing this necessary brain chemical, many people find relief from these sensations. Although, reducing stimulants such as tobacco, alcohol and caffeine can help in mild cases.

Periodic Limb Movement Disorder or PLMD is a disorder that causes constant cramping and jerking during rest. Most movement disorders can take place at night and during the day, however, PLMD occurs exclusively during the nighttime hours. Coincidentally, most patients that suffer from restless leg syndrome also have this disorder.

This problem occurs due to low fluctuations of the dopamine levels in the subcortical motor system of the brain. Thankfully, this condition responds well to treatment with medications that focus on raising depleted dopamine levels. 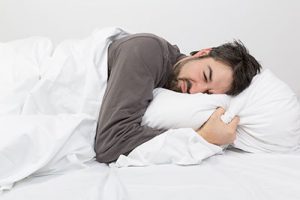 One of the most terrifying nighttime disorders that you can have involves abnormal behavior during the REM part of rest. When entering the REM phase, you typically become paralyzed from acting out in your dreams. If you suffer from RBD, the mechanisms in the brain that prevents you from moving around during rest malfunction. Thus, you will have various behaviors that are atypical. In many cases, those with this condition may become violent, causing injury to oneself or someone else in the home.

Though not every person suffering from RBD will be violent, there can be vivid dreams that cause the body to twitch too. The loss of atonia or paralysis is a serious condition that must be treated. At an advanced age the risks are even higher, as you may be compelled to do things that are beyond your body’s abilities, which can increase the probability of injury.

Treating this condition is often done with benzodiazepines prescriptions. These tranquilizer-type drugs have a significant impact on slowing the nervous system. Clonazepam specifically addresses seizures, and it can be beneficial to help with this movement disorder.

Treatment Is Essential For Proper Rest

Dealing with a sleep movement disorder is problematic, however, when a person is of an advanced age, the risks become greater. Falling or acting out dreams can become quite troublesome when limited mobility or other issues are present.

Anything that affects the quality of rest you receive needs to be evaluated by a doctor. While these conditions are severe in nature, all of them can be treated with the right medications and therapy. With proper treatment and correction, a restful night’s sleep can be achieved and overall well-being can benefit.