You are here: Home / Hormones / The Connection Between Opioids and Hormone Deficiencies

The consistent use of opioids for at least six months is shown to lower cortisol, testosterone, and other hormone levels in men and women alike.

Cortisol is one of a few hormones that is central to basic human function. Sometimes referred to as the “stress hormone,” cortisol shouldn’t be seen as responsible for stress only.

What Is a Hormone?

Hormones are substances naturally produced by the human body’s endocrine system, and they act as messengers throughout many parts of the body. They are responsible for things such as kicking puberty into action, growing facial hair and affecting muscle mass.

Just like all things in life, hormones need to stay in balance within every human’s endocrine system. However, this doesn’t always happen. While some imbalances of hormone levels occur on their own in some people, they are mostly caused by external factors.

Low Cortisol or Testosterone Levels’ Effect on the Body

Testosterone is one of the human body’s chemical messengers that is arguably the most well-known of all the hormones that the body produces. 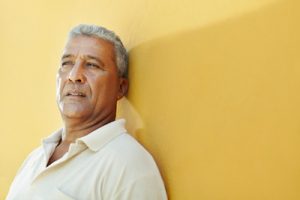 Men who have low testosterone levels are shown to have sexual problems, including having troubles with getting and maintaining erections. They also suffer from low libido, low semen counts in their ejaculate, balding, higher body fat levels, a decrease in the density of their bones and more.

Women who suffer from hypogonadism, which is the insufficient creation of testosterone in the body, may suffer from the inability to produce sufficient counts of blood cells, keep their sex drive going and keep other hormone levels in check.

When it comes to low cortisol levels, men and women typically react the same to such imbalances. People who have low levels of cortisol share many of the same symptoms as people who suffer from Addison’s disease, also known as adrenal insufficiency. Some symptoms of this health issue include fatigue, the darkening of one’s skin, craving salt even when you’ve got sufficient sodium levels, low blood sugar, nausea, vomiting, diarrhea and abdominal pain, among others.

Connection Between Opioids and Insufficient Levels of Hormones

Put simply, using opioids for long periods of time on a regular basis is shown to cause hypogonadism, the condition in which the body doesn’t produce enough testosterone naturally. Hypogonadism is found in both female and male opioid users who’ve used for at least six months.

A study from the Netherlands’ Leiden University Medical Center, Leiden, which was led by student Amir Zamanipoor Najafabadi and some of his peers, shows that hypogonadism can be found in up to 67 percent of male long-term opioid users. This conclusion comes from 15 studies’ results. Collectively, these 15 studies involved the research of hormones and opioids in some 3,200 patients.

Another finding, hailing from five separate studies conducted over the past few years that had a total of 207 men and women, indicated that as many as one in five subjects suffers from hypocortisolism, the condition in which people’s bodies don’t make enough cortisol naturally.

What Does This Mean for Opioid Users?

Keep in mind that it doesn’t matter if you are prescribed opioids and you only use them as directed to manage chronic pain levels, or if you use them recreationally after sourcing them illegally.

If you have either of these hormonal conditions, you can be treated by physicians to bring your levels back into balance. Make sure that you tell your physician about your opioid use, whether it is for medical reasons, recreational use, covered and directed by a doctor or obtained on the black market.

Mr. Najafabadi believes that there are many other findings that could come from future studies involving the research of long-term opioid users and their hormone levels.