You are here: Home / Healthy Aging / Why Aging Is the Biggest Risk Factor for Parkinson’s Disease

Parkinson’s Disease (PD) is a neurological disorder causing motor (movement) dysfunctions. It’s common in individuals over the age of 60, although there are cases of younger persons’ being diagnosed.

What is Parkinson’s Disease?

As the body ages, there’s natural nerve degeneration in the brain cells located in the mid-brain area, called the substantia nigra. PD is triggered by the loss of these brain cells responsible for making dopamine.

Dopamine is a body chemical responsible for sending messages (neurotransmitter) to the nerve cells controlling the motion and coordination of muscle movement. As the production of dopamine declines, body motions become more difficult and rigid.

Parkinson’s is not curable, but there are treatments to help minimize the symptoms.

Research concurs that age is the number-one risk for this disorder. Supporting the research studies are PD incidents diagnosed in one percent of the population over the age of 60 and an increase to five percent for elders over the age of 85.

Further studies link PD with family history of neuron damage that worsens with age. For some individuals, genetic mutations have been identified as the culprits that increase the risk of developing PD before the age of 60. Having a parent or sibling diagnosed with PD increases one’s chance of getting PD by at least four percent. Additionally, analysis reveals that 15 to 20 percent of PD patients have a relative with symptoms.

If you have a family history of PD and you are reaching the age of 60, make it a point to see a doctor, especially if any of the symptoms related to PD begin to appear.

PD is one of the most common degenerative diseases occurring in seniors. Individual variations are affected by lifestyle, environment, and genetics. It’s one reason PD may go unnoticed until the condition becomes severe enough or until a patient is being examined for a secondary effect of other neurological problems.

In some cases, other health conditions can cause a chemical reaction in the body, interacting with other molecules and damaging the neurons (nerves). Ongoing studies continue to focus on neurodegenerative patterns associated with the loss of motor symptoms.

Medical investigations report that men are more likely than women to be diagnosed with PD. It’s not conclusive, but some circumstances in specific cases do increase the risk:

Symptoms of Parkinson’s in the Elderly 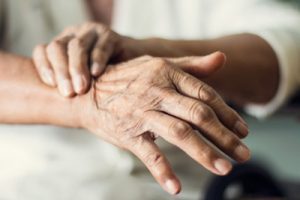 Elders experience both motor and non-motor symptoms related to PD. The severity of each will vary depending on the person’s age and status of health. An early sign may be mild and on one side of the body. For example, it could happen that when you walk, you’ll notice the natural swing of one arm is lost and replaced with a stiffness.

For most individuals, the first most noticeable symptoms include the following:

Other signs may involve the following:

How to Identify the Disease

Practitioners believe a chemical imbalance in the brain causes the death of the brain cells, initiating PD symptoms. Understanding the disease and the effectiveness of different treatment options can help manage PD.

Generally, patient history, a medical examination, signs of symptoms and neurological evaluations identify Parkinson’s disease. It gets worse over time, but medications or surgery can help control the symptoms.

The disease itself isn’t fatal in most situations, but the related complications can reduce life expectancy. However, it’s possible to slow the progression of the disease with early treatment.

Therapies can help ease life with PD. Consider maintaining a healthy diet, regular exercise, counseling, stress management and physical, occupational and speech therapy. An individual’s response to treatment(s) is unique to each. It may take time to find the right medication, proper frequency and doses to ease the symptoms.

In some situations, surgery may be necessary to relieve the intensity of the symptoms. As a result, the need for certain medicines to maintain control of the symptoms may be reduced. It’s important to talk with a neurologist or a Parkinson’s specialist for guidance on treatments that work best for you. 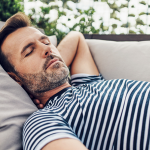 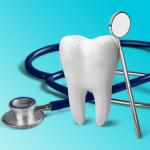