You are here: Home / Menopause / Early Menopause and the Link to Type 2 Diabetes

Healthcare professionals consider menopause a natural life stage that all women who live into their late forties or early fifties will experience. During this phase, women’s reproductive and sexual organs cease to produce hormones such as estrogen and progesterone. Eventually, a woman will no longer be able to bear children.

Medical experts opine that early-onset menopause occurs in women who experience the condition before turning 40. Though premature menopause occurs at an earlier age, the physical and mental manifestations are the same and can include irregular menstrual cycles, hot flashes, fatigue, night sweats, irritability, decreased sex drive, and mood swings. 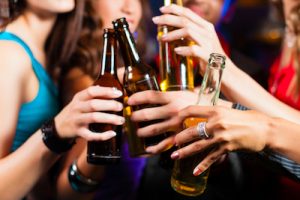 Subjects might enter premature menopause for a variety of reasons. In many cases, this is fueled by some kind of damage or ailment to a portion of the reproductive tract. Conditions that might serve as a culprit include chemotherapy or radiation treatments for cancer or other serious illnesses, the presence of various autoimmune system disorders, a family history of premature menopause and certain questionable lifestyle choices like alcohol or substance abuse and a poor diet.

The Correlation Between Early-Onset Menopause and Type 2 Diabetes

Decreased systemic concentrations of vital female reproductive hormones can impact how the body’s cells respond to the important digestive hormone called insulin. This could precipitate serious fluctuations in a person’s blood sugar levels. Should these fluctuations become pronounced, diabetes can ensue.

A team of Dutch researchers opted to study this phenomenon. In 2017, they released their findings after studying the medical records and deciphering questionnaire results of more than 4,000 women over a nine-year period. Those whose menstrual cycles ceased between ages 40 and 44 had an increased risk for developing diabetes by more than two percent.

While these scientists suggest that the findings are significant, more research still must be done before any firm conclusions can be drawn. Moreover, the researchers do not believe such data guarantees that a definitive correlation exists between premature menopause and the eventual development of diabetes.

Diabetes prevention is not simple or even always possible. However, certain actions may decrease an individual’s chances of being stricken with this metabolic disease, and they might be even more beneficial for those with increased risk factors for becoming menopausal at a younger age.

These activities include the following: