You are here: Home / Healthy Aging / Four Ageotypes Determine Patterns of How You Age

It has long been observed that people age differently and at different rates. Scientists at Stanford University have been researching that subject and have so far identified four ageotypes or types of aging.

The researchers had already known that there were various clinical and molecular markers that were more common in older people. According to the senior author, Michael Snyder, the scientists wanted to know more about what happened to specific individuals as they got older.

What Did the Study Involve?

To that end, researchers worked with 43 volunteers who were between 34 and 68 years old. Over a two-year period, the researchers collected a variety of substances from the volunteers that included blood, genetic material, microbes, proteins, and stool samples. The scientists collected the materials at least five times during the study.

The researchers then analyzed the samples and looked for changes in the presence and activity of various microbes and molecules like fats and proteins. They identified over 600 “markers of aging,” which enable scientists to estimate the biological age of a given tissue and predict how well it will function. 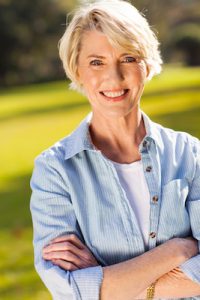 The different ageotypes help explain why aging affects people differently. For example, someone in his or her 60s could have a healthy heart, but developing kidney problems. Another person of the same age could have perfect kidneys but fall prey to many illnesses as his or her immune system weakens.

Professor Snyder and his colleagues noted that people with the metabolic ageotype would have an increased susceptibility to conditions like Type 2 diabetes. Such people would probably have abnormally high levels of hemoglobin Ac1, which indicates the amount of glucose, or sugar, in the blood.

The researchers noted that while some people had only one ageotype, others had more than one. Such people face a greater number of health risks as they get older.

How Is Knowing Your Ageotype Helpful?

The researchers believe that knowing one’s ageotype can give a person more control over his or her health because the way one ages affects the type of health problems he or she is most likely to develop. That person can then take the necessary steps to try to maintain his or her health. For example, a person with the metabolic ageotype might need to change his or her diet to reduce the risk of developing diabetes, while someone with the hepatic ageotype might need to limit his or her alcohol consumption in order to better protect the liver. Knowing a patient’s ageotype can also help doctors tailor the best treatments for their patients.

The researchers found that many of the volunteers who made lifestyle changes gradually showed a decrease in the markers associated with their ageotype. That decrease indicated both improved health and a slowed aging process.

Dietary changes proved especially helpful in such endeavors. Other volunteers began taking statins which caused their creatine levels to decline, indicating improvements in the health of their kidneys.

Curiously, not everybody who made lifestyle changes showed such decreases in their ageotype markers. Professor Snyder, who had analyzed his own ageotype markers, speculated that it may simply be a question of time. He had started lifting weights and wondered if he would see any changes when he re-examined his ageotype markers the following year.

Snyder also anticipated that more ageotypes will appear as research continues. He mentioned one subject whom he described as a “cardiovascular ager,” which means the person’s heart was aging more quickly than the rest of his or her body. He thus speculated that research with more subjects would unearth other ageotypes. He also believes that further research would enable scientists to track any changes in people’s aging processes.