You are here: Home / Andropause / How Andropause May Affect Men’s Cholesterol 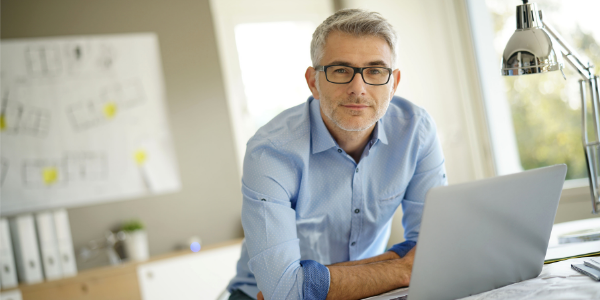 Some studies show that men’s cholesterol levels can become elevated as a result of low testosterone. Age may play a part as well.

One study, called the Massachusetts Male Aging Study (MMAS), looked at men who ranged in age from 40 to 70. Male hormones were examined to determine whether there was a link between men’s cholesterol and cardiovascular disease or CVD. It was found that high-density lipoprotein cholesterol or HDL-C levels were higher in men who had cardiovascular disease versus those who did not suffer from CVD.

Some studies show that there’s a direct relationship between low testosterone and high cholesterol. Both conditions share a few things in common: they can increase a man’s risk for heart disease, heart attack and stroke. However, there is promise in reducing those risks with testosterone therapy. Balancing out the levels of testosterone can promote healthier ranges of cholesterol.

Triglycerides are also an issue as they are a type of fat in the blood. If the levels are high, it can lead to obesity.

Testosterone therapy can help with a few different conditions. It can result in certain side effects as well, but it’s effective in regulating men’s cholesterol levels. At the same time, research findings are mixed. Some have determined it can lower HDL and LDL levels while others found that neither good nor bad cholesterol is affected by testosterone therapy.

In most cases, testosterone therapy is administered to men who have hypogonadism, a medical condition that results in the body’s decreased production of testosterone. It’s also given to men to treat their levels of testosterone once they are older and their testosterone levels naturally decline.

With conflicting findings among studies examining the relationship between testosterone therapy and cholesterol levels, it’s wise for men to consume a healthy diet, get plenty of exercise and take their prescription medications. Following doctors’ advice is essential to keeping one’s blood pressure and cholesterol under control.

A study performed by Dr. Ronald M. Kraus of the Children’s Hospital Oakland Research Institute and researchers from Harvard and Sweden explored LDL cholesterol and why some have heart disease and others live to old age. They examined blood samples from both men and women in Sweden and analyzed their cholesterol. They found that the following three scenarios predicted who would develop cardiovascular disease:

Dr. Kraus found that men were more likely to be affected by heart disease when the first two scenarios were true. He also determined that the third one was only somewhat of a predictor that men would develop heart disease.

Foods That Can Boost Testosterone

Certain foods are known to naturally boost testosterone levels. They include the following:

Foods That Can Lower Bad Cholesterol

Certain foods are known to lower bad cholesterol. They include the following:

When it comes to hormonal balance, it’s essential to listen to your doctor and lead a healthy lifestyle to help maintain healthy testosterone levels, even through andropause changes, and ultimately keep your cholesterol in check and reduce your risk of heart disease.