Scientific research has concluded that excessive nutrition during infancy could precipitate serious health problems in middle aged and older adults.

Many people have heard the term malnutrition. This condition often refers to individuals receiving too few vital nutrients. However, over-nutrition is also considered a facet of malnutrition. Over-nourished individuals receive an overabundance of vitamins and minerals. If this over-saturation of nutrients is chronic or pronounced, health issues could arise.

Scientists have theorized that excessive nutrition, especially during an individual’s infancy, can result in numerous issues that could eventually precipitate serious medical problems. Over-nourished babies stand at greater risk of gaining body fat, which may lead to unnecessary weight gain. Furthermore, the researchers also opine that overfeeding infants can train their bodies to crave excess calories, which can result in poor eating habits and obesity as they grow older. Excess nutrition in babies is thought to create serious hormonal imbalances that might be difficult to regulate throughout the affected individual’s lifetime.

A group of scientists suggest that overfed infants may be at greater risk for developing diabetes, a disease in which the body’s insulin production vastly fluctuates. Insulin is a hormone vital to the digestion process, especially in the synthesis of sugar. Diabetic individuals must continually monitor systemic sugar concentrations. Either excessive or diminished blood sugar levels can have serious, potentially life-threatening consequences to a diabetic. 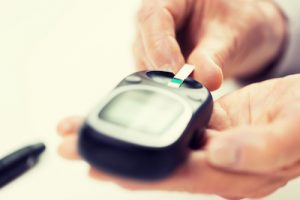 With these facts and their hypothesis in mind, a team of researchers representing Baylor University studied the impact of over-nutrition on laboratory mice. These scientists administered excessive nutrients to newborn mice over a three-week period and found that the islets of Langerhans, a portion of the pancreas noted for its capacity to produce insulin and other vital substances, experienced significant structural and genetic alterations.

Scientists opted to study mice because they are known to be overfed during infancy and are believed to develop diabetes later in life. Researchers suggest that similar situations could potentially apply to human infants and caution parents not to feed their babies excessively during the post-natal period.

Naturally, that one was over-nourished as an infant is difficult, if not impossible, to prove. However, individuals who were significantly overweight or had hormonal issues as young children might be amongst subjects representing this category. In such instances, these individuals, as well as all people, can exercise certain health safeguards designed to attain or maintain their health as they enter middle and senior ages.

One doctor-approved health-maintenance method is the consumption of healthy, nutritious foods. An aging person’s diet should consist of produce, lean meats, fish and grains, while limiting or avoiding items like frozen, processed or canned goods, in addition to products containing excess sugar, fat and salt.

Physical activity is vital to the health-maintenance process. Exercise builds muscle, stimulates important bodily systems like the cardiovascular, endocrine and respiratory tracts and helps the body shed excess fat, which could lead to a significant reduction in an individual’s weight.

Aging individuals who smoke cigarettes or drink alcohol excessively are advised to cease or greatly reduce participation in such habits.

Sleep is vital to physical and mental health. A lack of necessary rest is said to contribute to a weakened immune system, which could leave stricken persons more susceptible to a variety of minor and eventually serious ailments. Moreover, a reduction in sleep could exert a profoundly adverse impact upon cognitive functions such as memory and concentration.