You are here: Home / Healthy Aging / Light Therapy May Protect Brain Against Alzheimer’s 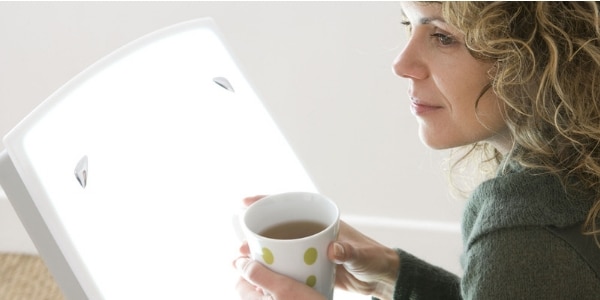 Alzheimer’s disease is the leading cause of dementia among older adults today. Just hearing the name strikes fear into the hearts of patients and their loved ones.

Alzheimer’s is the sixth most common cause of death, with an estimated 5.8 million cases in the United States alone, worldwide around 50 million people are affected by dementia. The symptoms are often very frightening, but now researchers are offering patients and their families hope from a promising new treatment: light and sound therapy.

What Is Light Therapy for Alzheimer’s?

Light therapy is a completely noninvasive form of therapy that exposes the patient to a light that flickers at a certain frequency. The chosen frequency affects important areas of the brain that are impacted by Alzheimer’s, including the hippocampus, microglia and auditory cortex.

Research published in the journal Cell demonstrated how light therapy was able to help the brain regulate gamma wave activity. Gamma waves are the highest frequency waves that the brain produces. Alzheimer’s directly impacts the brain’s ability to regulate these waves effectively.

Light therapy can also whittle away accumulated beta-amyloid plaques, the plaques responsible for Alzheimer’s symptoms. Light therapy has also been shown to help reduce another class of proteins associated with Alzheimer’s disease progression. These proteins are called phosphorylated tau proteins.

What Is Sound Therapy for Alzheimer’s?

Like light therapy, sound therapy is completely noninvasive. It works quite similarly to light therapy, except instead of light waves, the patient is exposed to sound waves. These sound waves emit tones at a certain frequency that further supports light therapy in reducing beta-amyloid plaques in both the auditory cortex and the hippocampus.

What Is the Impact of Light and Sound Therapy on Alzheimer’s Symptoms?

For patients with Alzheimer’s, quality of life is increasingly impacted with the onset of impaired memory recall, reduced cognitive function, inability to communicate effectively, personality and mood changes and other symptoms.

All of these and other symptoms are linked to the accumulation of beta-amyloid and phosphorylated tau proteins in the brain. When the volume of these proteins is reduced in the brain, this permits the brain to begin “taking out the trash,” so to speak, and restoring functions that the proteins were interfering with.

Both light and sound therapy have been shown to be effective at reducing each class of proteins in affected laboratory mice. From this, researchers now expect to see similar results in human patients who receive either or both treatments.

Other Conditions that Respond Positively to Light Therapy

Light therapy is not a new form of treatment. In fact, it is already being used in a variety of other research-supported ways. For example, bright light therapy is used to treat conditions ranging from Seasonal Affective Disorder (S.A.D.) and diabetic retinopathy to symptoms related to menopause and andropause (male menopause).

Other Conditions that Respond Positively to Sound Therapy

While sound therapy is not the same as music therapy, there are some correlations.

In a study in the journal Cell, researchers gave the laboratory mice both light therapy with the light flickering at 40 hertz for 60 minutes daily.

Sound therapy using tones at 40 hertz was then added, with each being offered for 60 minutes daily for seven consecutive days.

Research evidence suggests that sound therapy treatment in particular may need to be continued over the long term to maintain meaningful improvements in the brain’s cognitive function and plaque reduction.