You are here: Home / Healthy Aging / The Anti-Aging Benefits of Ashwagandha Root 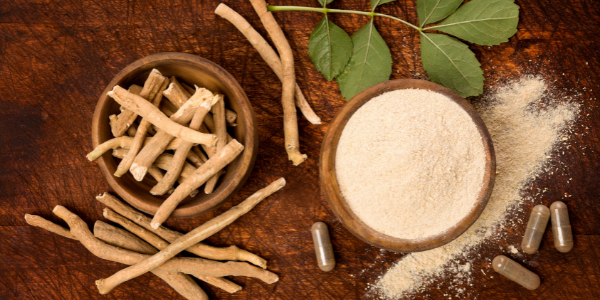 Ashwagandha is an Indian herb that can be found in many natural medicine stores. It has been used for centuries to help with a variety of health issues, especially stress-related conditions. Although Ayurvedic practitioners traditionally used it, modern science has shown us many benefits to ashwagandha root beyond ancient remedies. In this article, we discuss reasons why you should consider adding ashwagandha root to your daily routine!

The Benefits of Ashwagandha Root

Pure ashwagandha root can be taken to slow down the bodily changes that are caused by aging. It contains antioxidant properties that help protect your cells from damage, allowing you to stay healthy longer.

The root helps increase energy levels without caffeine or stimulants of any kind! One study, in particular, showed increased oxygen consumption and stamina when compared with placebo participants. This means that whatever physical activity you do will be better performed, making the root perfect for athletes!

Supplementation with this root has improved cognitive functioning in adults who suffer from memory loss associated with stress and anxiety. Even young people have experienced improved memory by taking ashwagandha root. 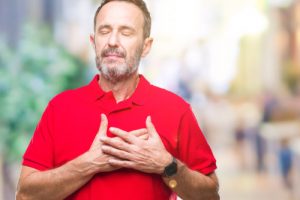 Ashwagandha root is a powerful adaptogen that helps your body cope with stress. It contains many compounds—such as withanolides and alkaloids—that block cortisol, the main hormone secreted during stressful situations. This protective action against increased cortisol levels can help you fight fatigue as well.

The effects of ashwagandha on cancer patients have been extensively studied by scientists worldwide for over two decades now. A recent study has shown it significantly reduces tumor size in those suffering from lung and pancreatic cancers and prolongs life expectancy due to the root’s anti-inflammatory properties, which reduce pain and other symptoms related to these types of conditions.

Ashwagandha root helps to increase the production of the energy-producing metabolisms in your cells. This leads to increased physical and mental performance, which gives you more endurance when working out or studying for a big test!

Ashwagandha root is an immunomodulating agent, which means it can help reduce inflammation while increasing immune response. Studies show that supplementation with ashwagandha extract has positive effects on overall immunity and disease resistance against colds, the flu and other infectious diseases.

Many studies have demonstrated that ashwagandha root can be used to effectively lower blood sugar and treat diabetes. It has even been shown as effective as the diabetic drug glibenclamide in some cases.

Ashwagandha root contains anti-inflammatory properties, which can help fight against osteoporosis and other bone disorders such as rheumatoid arthritis. This makes it an excellent choice for those suffering from these conditions! 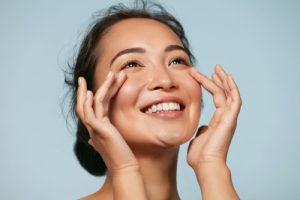 The high antioxidant content found in ashwagandha is extremely beneficial for your skin’s health. Antioxidants work by fighting free radicals (unstable molecules that damage healthy cells) and preventing them from causing further damage to organs like your heart and brain. This can help you avoid both heart disease and Alzheimer’s in the future.

Ashwagandha contains natural components, which make it an excellent choice for weight-loss programs! It has been shown to reduce levels of triglycerides (a type of fat) while simultaneously increasing HDL cholesterol (the “good” kind). Additionally, there is evidence that ashwagandha extract may suppress appetite, making it easier to stick with your diet plan.

For women going through menopausal symptoms such as hot flashes, night sweats, irritability and mood swings, supplementation with ashwagandha has been shown to decrease these symptoms significantly. It regulates hormonal secretion and balances out the negative effects associated with low estrogen levels, such as excessive sweating, insomnia, mood disturbances and anxiety.

Studies have demonstrated that the root can help reduce some of the common cognitive deficits associated with Alzheimer’s s disease. This is due to its neuroprotective properties, which work to protect neurons from damage caused by free radicals in your brain. A daily dosage of 300 milligrams has been found most effective for those suffering from early stages of memory loss or dementia-related disorders.

In conclusion, ashwagandha is an excellent choice for those looking to increase their health and longevity. It has been shown to effectively treat a variety of different disorders and symptoms. These benefits make it an excellent choice for those who are looking to get the most out of life and protect themselves from age-related conditions and diseases.

How to Fight Against Insulin Resistance as You Age
Go Nuts to Age Well: The Best Nuts for Older Adults