You are here: Home / Healthy Aging / Ear Therapy May Help Slow Aging of the Nervous System 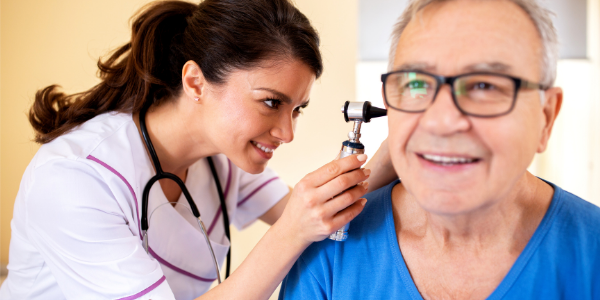 As you get older, your body internally ages. Your central nervous system is susceptible to issues that come with age. A medical procedure known as ear therapy might reduce nervous system aging.

The nervous system is comprised of the brain and spinal column. These organs contain nerves that communicate important messages to other bodily regions. Upon receiving these transmissions, organs and systems can perform vital functions. Some of the actions the nervous system plays a part in controlling are cognitive processes like concentration and memory, speech, movement, breathing, digestive actions, sense operation and the thought processes.

The Impact of Aging on Nervous System Function

Like any other bodily system, the central nervous tract is susceptible to the natural but potentially adverse influences aging can have. These changes can include the following:

As individual’s age, their brains and other nerve cells die with greater frequency and fail to regenerate as quickly as they did during people’s younger years.

Brain and nerve cells are susceptible to experiencing decreased weight with age.

The bodies of older persons are more likely to possess larger accumulations of potentially detrimental foreign invaders like toxins, allergens and pollutants. Medical professionals opine that these substances can accumulate inside brain and nervous system tissues. Additionally, matter called plaque, which is comprised of chemicals like fat, can collect inside brain cells or adjacent blood vessels. 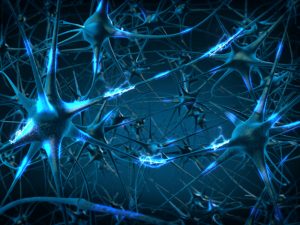 Age-related brain influencers can precipitate a host of physical and mental symptoms. The severity of specific symptoms will depend on the exact cause and its location within the nervous system.

Should said damage be more severe, associated symptoms could impact functions like breathing, digestion, bowel and bladder control and cardiovascular functions. Moreover, the most serious manifestations of age-related nervous system decline could precipitate significant mental health issues like Alzheimer’s disease or other form of dementia.

A team of scientific researchers representing Leeds and Glasgow Universities in England and Scotland have concluded that a medical procedure called ear-tickling therapy might have a significant role in slowing age-related nervous system decline.

The vagus nerve is among the longest nerves in the body. The structure connects the brain to other bodily regions, and extensions of the nerve can be accessed through the ear. The team of British researchers claims that vagus nerve stimulation can boost nervous system function, potentially resulting in improved physical and mental health.

With this hypothesis in mind, the scientists developed a procedure called transcutaneous vagus nerve stimulation, or TVNS. This therapy is performed by inserting a small device that contains low-level electrical currents into a recipient’s ear. These electrical stimuli eventually reach the outer portion of the vagus nerve and “tickle” the structure.

The team of researchers conducted three separate studies examining the impact of TVNS on more than 80 persons aged 55 and older. The subjects were found to have experienced improved mood and better, more restful periods of sleep. Researchers suggest these findings could be a major medical breakthrough considering the nervous system has influence over so many bodily systems. They also opine that the minimally invasive nature of TVNS could one day render this therapy a “go-to” treatment for various nervous system and other illnesses.