You are here: Home / Hormones / The Link Between Hormone Deficiency and Colorectal Cancer

There appears to be a link between androgen levels and colorectal cancer according to the experts. Two basic hormones are responsible for this in men.

After collecting data on lifestyle, medical history, diet and other data points, it has been discovered that the total amount of testosterone and the ratio of estradiol and testosterone were associated with this type of cancer in men. This was after adjusting for other risk factors, such as body mass index and plasma levels of C-Peptide.

A study was done on 730 women and 1158 men in 2014. The conclusion was that two male hormone levels in particular were connected with the higher risk of being a victim of this cancer for men. Testosterone and the sex-hormone-binding globulin were the two that caused a higher or lower risk for colorectal cancer for men. Even after adjusting for body mass index, the results were conclusive for the connection in men.

Men Are Already More Likely to Get This Type of Cancer

Not only do more men become victims of this type of cancer, but they also respond more poorly to cancer treatment than women. A basic lifestyle lacking in exercise was also considered in the above study. The lack of exercise increases the likelihood of developing cancer through oxygen deficiency in the body.

At the cellular level, in both men and women, oxygen must be able to be burned for energy down to the cellular level. Hormones have a part in this by doing their own magic for each cell. The hormone testosterone is the androgen that has the job of unlocking the potential of cells. For the colon area, this means the ability to digest food completely. If food cannot be digested completely through oxygen-starved or hormonally deficient inactivity at the cellular level, this is not a good state. Both men and women need balanced oxygen levels. Nevertheless, men are more reliant on testosterone than women because the substance is one of the main male hormones. 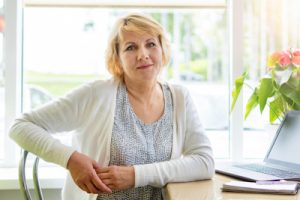 The risk factors are different for men and women when talking about the relationship between colorectal cancer and hormones. For women, the role that hormones play is inversely connected and for only one hormone. This is estradiol, which is the major estrogen found in women. Estradiol produces the changes found in girls during puberty. Like testosterone for men, this is one of main female hormones. Also, women have varying levels of androgens and estrogens throughout the month, until they enter menopause. This helps to balance things out for them more than for the men.

That is, the connection between androgen levels and the likelihood of getting cancer of the colon is less pronounced. Also, the use of oral contraceptives has an effect on these levels because contraceptives contain hormones. Using contraceptives and having postmenopausal hormone therapy create an even lower risk for colon cancer in women.

Should You Get an Examination for Colorectal Cancer If You Are a Middle-Aged Man or Woman?

As the clinical observations suggest, there is a connection between a deficiency of androgens and colon cancer for men. The male hormones that cause the normal secondary growth characteristics for males seem to be a needed component for health in older age as well. Because hormone levels for men go down starting from about 33 years of age, those in middle age should have a peaked interest in this. Women are also not completely immune in this link between hormonal deficiency and this type of cancer. At the same time, women are not as susceptible to it.

Getting an examination for colon cancer is imperative if you are a middle-aged man, have low testosterone levels, and an inactive lifestyle. This is even more so if you are overweight. For middle-aged women, much of the same is true, but at lower levels. Men have become the larger victims of colon cancer, but it is not unheard of in women. Even if women are less often affected by this disease, timely preventive care is still essential. People without a history of cancer should begin colonoscopies at age 50, those with a family history of cancer should have such screenings earlier, at age 40 or 10 years prior to the youngest diagnosed case. Upon looking at all of this information, it is wise to adopt a healthy lifestyle that includes plenty of exercise and a balanced diet and to augment lagging hormone levels, especially if you are a man. Remember, hormone levels decrease greatly for women right before menopause. This is not true for men until much later in life.