You are here: Home / Menopause / Everything You Want to Know About Premature and Early Menopause 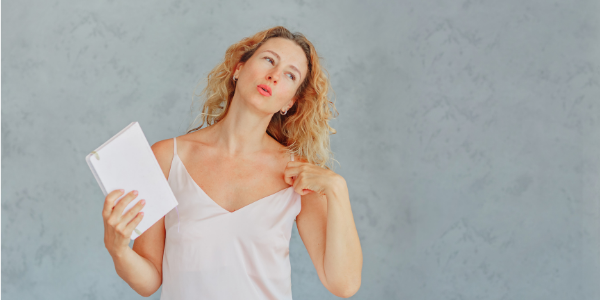 All women will experience menopause at some point in their life. It is a natural change that occurs in the body when it no longer sheds the lining in their uterus and monthly menstruation ceases altogether. While this transitional phase is most common for woman to experience between the ages of 44 and 52, some women experience this change earlier. This early occurrence is known by two names depending on the time of onset. The term early menopause is referred to when menopause occurs before the age of 45 (occurring in approximately five percent of women), while the term premature menopause is used when referring to menopause that occurs before the age of 40 (occurring in approximately one percent of women). For the sake of this article we will be addressing aspects of premature menopause, however many symptoms, causes and concerns of premature menopause overlap with early menopause.

The transition to menopause can be all sorts of confusing, and when it comes to early onset of menopause the questions and concerns can almost feel endless. Whether early menopause or premature menopause, women who experience the onset of menopause at an earlier age, can have feel the impact both physically and emotionally. From risk concerns, treatment options and basic questions about the early transition, we’ve take a look at all the basics points regarding premature menopause that can help you ease into your transition with confidence rather than concern.

The most common and obvious symptom of menopause itself is when the menstruation cycle stops altogether. Since the term “menopause” refers to the cessation of a woman’s menstruation cycle, the symptoms that occur prior to this are referred to as premenopause, or perimenopause as many healthcare professionals prefer to refer to it as. Typically, women can experience the symptoms of perimenopause for a few years prior to the full onset of menopause. Due to premature fluctuations in hormone levels, a number of symptoms can arise that serve as a sign of premature menopause.

Irregular or missed periods, hot flashes, and periods that are heavier or lighter than usual are the most common signs that the ovaries are producing less estrogen than normal. In addition, some women may also experience symptoms such as vaginal dryness, bladder irritability or incontinence, emotional fluctuations in mood, dry skin, eyes or mouth, sleeplessness and decreased sex drive.

To diagnose premature menopause, it’s important to seek professional input from a doctor or OB-GYN if any symptoms arise or if you are unable to get pregnant after months of trying. The first steps in diagnosis is a physical exam and blood tests to rule out other conditions, such as pregnancy or thyroid disease. An important factor of panel of blood tests commonly performed is are hormone tests to measure various hormone levels, specifically estradiol and follicle stimulating hormone (FSH) levels.

Premature menopause can be a result of medical conditions and treatments such as; chemotherapy and radiation, both of which can damage the body’s ability to produce hormones; surgery, such as a partial or full hysterectomy which removes the ovaries and can begin menopause quite quickly; or endocrine and thyroid disorders, which can also impact menopausal onset. On the other hand, premature menopause can also be the result of lifestyle factors such as smoking, weight, pollution, hypothyroidism or hyperthyroidism, diet choices (ie. dairy consumption), and stress; genetic factors, such as family history of early menopause, autoimmune diseases or chromosomal abnormalities; or have no identifiable reason, in which case it is known as spontaneous onset.

Risk Factors Due to Premature and Early Menopause 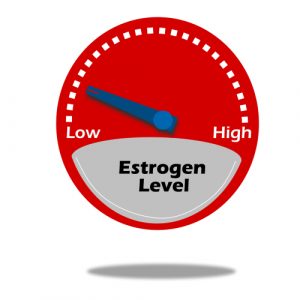 When a woman starts to lose estrogen at a younger age, it is often associated with an increased risk of developing certain medical conditions or health concerns. Some of the associated conditions with an increased risk due to premature and early menopause can include osteoporosis, rheumatoid arthritis, diabetes, heart disease, various neurological diseases (such as dementia), sexual dysfunction, and even earlier death.

In regards to fertility, premature menopause is often confused with primary ovarian insufficiency (POI), but these conditions are not the same. Women with POI can typically have irregular or occasional periods for years and pregnancy may still be possible, while women with premature menopause stop having periods altogether and cannot typically become pregnant naturally.

Depending on the progression of premature menopause, in some cases assisted reproductive technology (ART) can help overcome irregular ovulation and ovarian function, or measures such as ovulation induction, in vitro fertilization (IVF) or egg donation may be possible.

Managing the symptoms of premature and early menopause can vary as it greatly depends on the underlying cause for the earlier than normal onset. Typically, once menopause sets in, it is unlikely to be reversed and rare that the ovaries may spontaneously start working again, but there are measures that can be made to slow the progression or ease side effects.

The most common treatment for premature and early menopause is hormone replacement therapy (HRT), unless underlying medical concerns prohibit it. The prevalent risks commonly associated with HRT after natural menopause are believed to not apply to women who have early menopause, however it is at the discretion of health care professionals to ascertain the pros and cons for specific cases. In some cases, naturally increasing the amount of progesterone and estrogen in a woman’s body can help decrease symptoms, and there is some evidence that restoring normal hormone levels of estrogen can reduce the later development of cardiovascular disease, osteoporosis and possibly dementia.

A natural option to this can be to increase consumption of soy products, as having more tofu and soy milk can increase estrogen levels and provide no dangerous side effects. Black cohosh is another natural option, as this herbal remedy is considered to be helpful in relieving many of the uncomfortable symptoms and side effects of premature menopause. Likewise, consuming foods high in calcium (i.e. yogurt, cheese and milk), vitamin D (i.e. oily fish and eggs), and phytoestrogens (i.e. soy products, flaxseeds and beans), can have a positive effect on maintaining bone density and balancing hormones.

All in all, going through early or premature menopause can be challenging. Learning about your condition and understanding the role hormones play can help you make an informed decision about your treatment options and finding additional support in local or online support groups or perimenopausal therapy programs can help you emotionally navigate the unexpected changes.