You are here: Home / Andropause / Ginkgo Biloba for Men’s Health and Andropause Symptoms

A natural herb called ginkgo biloba offers a number of health benefits. In addition, it might help men effectively overcome the symptoms of andropause.

What Is Ginkgo Biloba?

The herbal extracts taken from the leaves of this ancient tree that originated in Asia are used in numerous nutritional supplement preparations. Researchers opine that the substance has been utilized for thousands of years and is arguably among the oldest medicinal and nutritional supplements currently employed.

The extract has been utilized to combat many different ailments over time. Its perceived ability to suppress inflammation and pathogens like bacteria helped the substance gain usage in fighting respiratory ailments, like lung infections and asthma, dating back almost two millennia.

As time progressed, scientists discovered ginkgo’s usefulness in addressing numerous other health issues such as cognitive impairment, serious brain disorders like Alzheimer’s disease and dementia, mental health matters like anxiety and depression, cardiovascular illnesses, vision disturbances and headaches. In more recent times, however, the supplement has been lauded for its effectiveness in alleviating the manifestations associated with andropause.

As men age, their sexual and reproductive organs gradually produce diminishing concentrations of vital hormones like testosterone. Some researchers estimate that, once men reach age 40, their systemic concentrations of testosterone drop by a full percentage point each year. In other cases, a precipitous decrease in hormonal production might be brought on by a host of illnesses.

The Connection Between Ginkgo and Andropause 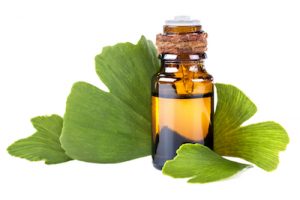 The supplement is said to alleviate or potentially eliminate certain andropause-related manifestations.

Researchers suggest that gingko can be particularly effective in helping men overcome erectile dysfunction. The supplement is widely praised for its ability to improve systemic blood circulation. Improved circulation is vital to helping men achieve and maintain erections. Researchers believe gingko is so efficient in achieving this aim because it stimulates bodily release of nitric oxide, which dilates blood vessels.

Benefits of Ginkgo and Other Natural Products

Like ginkgo, researchers suggest that other substances can provide relief of certain andropause-related symptoms. For example, saw palmetto is believed to improve sexual problems induced by an enlarged prostate gland. There are numerous dietary supplemental preparations containing both gingko and saw palmetto.

While these dietary augmenters could provide relief for sexual performance problems, physicians advise discussing the use of these substances with a medical professional prior to beginning any therapeutic regimen. Though typically not severe, ginkgo might precipitate minor side effects and could interact with a variety of prescription medications.